"If it's one of my main identifiers, I shouldn’t feel bad about that. I don’t think it’s so bad." -Ari Bar-Mashiah on being gay 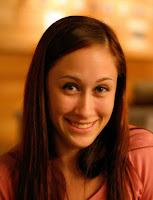 As I've done with several Duke students younger than I am, I have watched Ari transform into a strong individual, one who is much stronger than he realizes. Ari isn’t out to his family, but still provides an incredible force in our community at Duke. He rattled off a list of reasons to me about why he hasn’t come out yet to his family but he knows most of them are just excuses. We’ll all have our fingers crossed that Ari can have the strength this Winter Break to finally begin the conversations with his parents and siblings.

He’s a self-described social butterfly, but anyone who knows him would agree. In high school he was involved in many activities, but was only out to a select few. Although there was a GSA (Gay-Straight Alliance), Ari refers to it as SAG, the straight alliance for gay people. No one identified as gay. He didn’t like being closeted, but always had a hard time reconciling the way gays are portrayed in the media. He didn’t think people could be intelligent and gay at the same time.

Coming to Duke, and particularly his experiences with Project Build, paved the way for Ari’s integration to the LGBT Center and it’s social activities. For Ari, the LGBT community at Duke was much more than he had at home and for that he is “very, very thankful.” He says, “You wish there was always more, or at least, more out. If I would want to see something, I would want to see more gay couples holding hands, the peck on the cheek when they go to class on the Plaza. When it comes to the community, they’re not to blame. It’s the other students, and the stuff we have to deal with, like ripping down flags, it’s the bridge incident or the bench incident. I really love the LGBT community here.”

Ari takes a moment and gives tribute to another Center frequenter. It was so sweet and so true it needs to be shared here in this blog. I believe we should all take a moment and think about those we look up to and pay tribute wherever we can.

“There is no one here that I appreciate more in the LGBT community than Jack. By far. By far. By far. Jack has allowed me to feel more comfortable with myself, because I see how comfortable he is. He’s so unafraid. People can be inspiring in so many different ways, by being active and forward and political, and you see them being proactive. Jack is the silent fighter, he doesn’t have to say a word. It makes me so much more comfortable to come here.”

Ari is great at making people laugh and finds ways of relating to everyone. I asked Ari what his favorite LGBT event was at Duke. Here’s what he said: “You know what I fucking love? Fab Friday. I love Fab Friday. There’s so many good things at once. It’s Friday, I just got out of classes, and I see all these amazing people. You see people that you may only see once a week. And Jack makes great food.”

I know we’re all grateful for what Ari has added to our community, and it truly is a joy to see him grow and learn from the other wonderful people who support him.

Stay tuned to learn more about Ari next Thursday, and I promise there will be photos next time (y’all know how busy the last week of classes gets, cut me some slack!).
Posted by Summer Puente at 9:00 AM