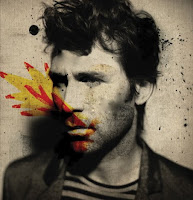 [In addition to all of our awesome visible and identifying columnists, we also have some awesome anonymous columnists that for one reason or another must use a pseudonym (and pseudopic?). Details on anonymous columnists here.]
I tend to squirm uncomfortably in my seat when someone inquires point blank about my sexuality, and not because I’m bashful. It’s just that I have to make a quick decision, and it usually depends on: how drunk I am, how long I want the conversation to last, and the hotness of the person asking. In some cases I’d rather be seen than heard. So yes I can be a Big Fucking Hypocrite. But beyond it all I’m trying to avoid using a word I find most unsavory—bisexual. Primarily, it wrongly supposes two standards of sexual expression apart from this intermediary. And then there’s that annoying idiom, that bisexuality is merely a way station for gayness. I heard a friend (entirely oblivious to my recent sexplorations) parrot this belief, and made a mental note to postpone any divulgence of the kind. And in my flirtations with the periphery of Duke’s LGBT community, I’ve been surprised to observe the wariness with which the “B” is tolerated; I sometimes feel that it’s given obligatory lip service for the sake of community but not necessarily true solidarity. I guess it’s difficult to embrace a sexual category comprised of participants who embrace categorical uncertainty.
This perception of bisexuals can be expressed in mainstream terms: straight people think they’re hiding something and gay people view them skeptically for not fully fulfilling (or maybe half-rejecting?) their gayness. If a straight man has sex with a man he is commonly considered gay, closeted, or bisexual. If a gay man has sex with a woman, is his sexuality questioned so?
I’m going to take some stabs at deconstructing this rationale. Kinsey may be an easier starting point but I think it’s a misunderstanding of the more complex social construction theories that lost popularity in the last two decades, as the gay rights movement surged and activism was badly needed as the AIDS crisis emerged. The threat that these views posed was misinterpreting sexual orientation as mere “preference.” If this was the case, the conservative opposition could dub homosexuality a choice. Then, what’s wrong with asking someone to choose different, especially if this gay option is so strongly correlated with the frightening emergence of a new disease? This idea of preference can be especially pungent when applied to bisexuality. One might assume that most bisexual men would rather—if their sexuality really was so subjective—spend their lives in a monogamous heterosexual relationship—the kind that allows identity conformity, minimized discrimination, greater sexual health, and of course, the possibility of natural procreation.
With subversion a more enlightening (or at least more daring) end than conformity, I’d probably be interested in a sexual regimen more strictly homosexual than heterosexual. But as it is, I’m happy to traipse through the nebulous grays, confusing some and delighting my own ADD tendencies. Still, it’s easy to envision adopting some monogamous gay lifestyle characteristics. I can think of several male friends with whom I wouldn’t mind signing a lease, and—perhaps unsurprisingly—I don’t exactly subscribe to the notion of heterosexual couples as the gold standard of child rearing. Yet, the thought of homosexual monogamy, from my point of view, is more restrictive than heterosexual monogamy is boring.
Anyway, construction theory doesn’t really discredit the validity of these singularly-oriented referents insofar as individuals derive personal meaning and community from them; it merely challenges the notion that this language actually defines something intrinsic in the way that physical characteristics are thought to be an expression of alleles coded intrinsically in one’s DNA. To me, sexuality hardly makes sense as a phenotype. Sexuality in its essence must account not only for intrinsic desires and orientations but also choices made on the basis of free will, which ultimately has a large stake in the gender of partners whom we seek to bed.
I would further counter that by discrediting this theory, you are not only embracing the mainstream gay rights movement, but also the rote categorization by which people dismiss, abuse, and misunderstand the deeds of others. It may be contrary to the simplicity of mantras like, “We’re here, we’re queer!”, but I think there’s an importance to understanding unconventional sexualities and resisting the compulsion to categorize. Even if one’s experience isn’t specifically covered by the LGBTQAI (etc) umbrella, in the end, it’s going to be phobias regarding otherness that drive policy and retard progress more than any pragmatic concern for the individual, or disease, or equality. For me, it’s an important exercise in unlearning the illusory differences and embracing a more dynamic conception of “self”—an exhilarating and exhausting work-in-progress with no foreseeable end.
So forgive me if, the next time I’m sitting with you in a bar, I try to avoid the word vomit above by just saying “I’m not straight”...it might mean that I think you’re cute.
—Eric Fürst
P.S. Please disagree with me. I’ve assumed an annoyingly didactic tone that I wouldn’t typically use in real life, in an effort to stoke some dissent.
Posted by Blue Devils United at 9:01 AM