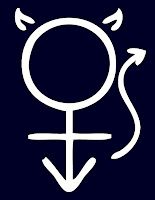 Every week, we collect anonymous entries sent in using the link on our sidebar and post them all on Monday. We post anything as long as it doesn't contain personal attacks or hate speech. Feel free to submit your thoughts and questions :)
Before he left, Chris Purcell made me the administrator for the Duke Center for LGBT Life Facebook page. This is a WEIGHTY, overwhelming position that I nonetheless humbly accept. I'm down.
But currently there are only 139 fans? Huh, Community? Let's put this in perspective:
Sarah Palin: 1,858,320 fans
Toby Keith: 342,783 fans
Homework: 35,461 fans
UNC Chapel Hill: 39,006 fans
Carpe Noctem Quarterly: 128 fans
Get it? You get it. We can all do better. Join here.
Aaand anonymous posts, y'all.
#1
"Bilakoro" - In the Wolof language of West Africa, it literally means un-purified but has come to be a slur for uncircumcised women. Some of the reasons for perpetuating the practice of female genital mutilation is the belief that being a "bilakoro" is incompatible with being clean and healthy, feminine and beautiful, modern and sexually healthy.
I didn't really understand this train of thought, but circumcision (both for males and females) has been a contentious issue for me all my life. I've become so comfortable, almost proud, of being an uncircumcised male, realizing once I became sexually active that I was in the minority among American white males.
That being said, in every sexual encounter I've had with a circumcised male, there has been quite a little outward surprise with my uncut penis. It never really had an effect on me, but last week, I had a one-night stand with an (uncircumcised) male who, hopefully jokingly, expressed disgust and racial superiority about circumcision. He made it seem as if uncircumcised penises only belonged on men of color, that he was somehow better because of his cut penis. He said it was dirty and weird.
Now, I'm not trying to say that I know what it feels like to be an un-mutilated woman in a society where FGM is the norm and I'm not trying to make a direct comparison between FGM and male circumcision performed by an American doctor (at least not today), but for that moment and in the days since I felt like a bilakoro. A part of my body that I was comfortable with, even proud of, became stigmatized and racialized.
This is the only time something like this has ever happened to me, and I can only hope that it is uncommon, but I just can't believe that such a backwards way of thinking can still exist among seemingly smart, "with-it", college-educated men.
#2
Exciting News!!! (link)
#3
i wonder if it's a good idea to date a woman on a different, but close, campus? Keeping things in the Duke, State, UNC triangle i mean. hmm... thoughts?
#4
Posted by Blue Devils United at 7:30 PM