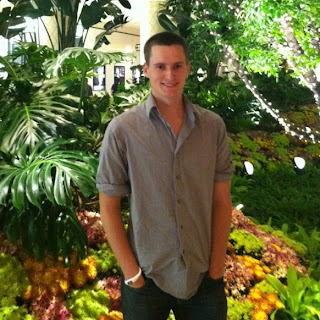 Major congrats to fellow Blue Devils Nick McCrory, Abby Johnston, and Coach K for their recent success across the pond at the 2012 London Games.  I was luckily enough to travel out to Las Vegas for a week in July to work with the men’s basketball team before Krzyzewski & Co. headed overseas.  I like to think America won gold because of my stellar performance shagging balls for KD, Lebron, and Kobe.  Probably has more to do with their sheer athleticism, talent, and basketball IQ.  But hey, I can dream.

I love the Olympics.  For two weeks, 11,000 athletes from over 200 countries come together to compete and celebrate everything we love about athletics.  I’ll leave it to twitter and the rest of the blogosphere to rant about the failures of NBC’s Olympic coverage.  I love twenty Michael Phelps interviews as much as the next kid, but there were so many compelling and moving personal narratives and storylines that went unnoticed to the American audience.  Let’s see how Team LGBT fared at London 2012:


Of course we need to brainstorm how LGBT athletes and allies can work together to create an environment where more than 23 athletes are out.  But for now lets take a moment and recognize the accomplishments of these individuals, the struggles they’ve overcome, and the ways in which they continue to inspire.
Posted by John M. at 3:52 PM