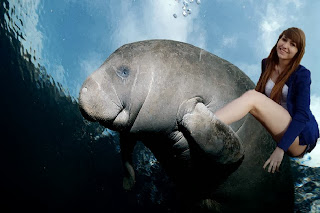 First I’ll start off with a disclaimer; I know that as a phenotypically white 18 year old girl with no completely glaring physical deformities and a middle-class background, my life is easier than the lives of most people in the world, I don’t actually know the statistics, but I would guess that my sheer luck in terms of being born into my own life has placed me within the top ten percent of humans on earth that have it the easiest, and therefore have no real reason to complain about any perceived hardship that they’ve overcome. I completely understand, and agree with, any of you who might already be dismissing what I’m about to say, but I ask that you give it a chance.


One of the perspectives that I have heard the least in terms of LGBT issues is that of bisexual women. We are acknowledged and accepted by our community, but our problems are, albeit rightfully, overlooked. This is surprising to me due to the amount of bisexual women in the world, again, I don’t know what the exact number is, but I know that it’s enough for me to make the possibly lofty assumption that my issues are shared by a relatively large amount of people. I’m dedicating this blog post to unearthing some of the problems that bisexual women face. I would love to give readers some advice in handling these problems, but I have absolutely no clue how to handle them in the very limited and petty scope of my own life, much less in general.


The problems that I face in my own endeavors are; the assumption that my life is easy enough for my voice to be completely ignored by other members of the LGBT community, the reluctance of other women who love women to accept that I am sexually interested in them, the near impossibility of ever finding any of these women who haven’t been in a happy relationship for a ridiculously long time, and the incessant cat-calling that I receive from men.


As you’ve all probably guessed, I feel marginalized by just about everyone and I’m almost hurt that my community seems to be rejecting me as a part of it. How am I to grapple with this? Should I get a giant tattoo spanning across my forehead declaring that I am indeed “BISEXUAL”? This is obviously a terrible idea, but every so often I find myself seriously considering it. Our community hosts widely publicized events advocating for just about every one of its members, which is really necessary and I’m very happy about it…except for the fact that I, and others like me, seem to be the only members whose sexuality goes without celebration.


On the other side of this, bisexuality is seen as some kind of a party-trick by essentially everyone, even allies and other LGBT folk. I encounter so many women who I have fondled for a surprisingly long amount of time and to a surprisingly great extent who identify as heterosexual, and who have even uttered extremely offensive, inappropriate, and homophobic sentences to me without even the semblance of a thought that I could be bothered by such a thing. They couldn’t be more wrong because this bothers me to no end. It is also extremely confusing, which isn’t fair to women who want to interact sexually with one another for better reasons than remedying their boyfriend’s terrible case of whisky-dick. You sorority stars and super-groupies are leading us on and no one benefits from it, so would it kill you to see me as more of a human being and less of an accessory for helping you seduce men? Chances are, if I’ve been sucked in by your advances, you’re attractive enough to ensnare those men without making me feel just as useless as your slutty lingerie. And to the boys who encourage this behavior (because you certainly aren’t mature enough to enjoy the title of “men”), I am not bisexual to help you live out some porn-fueled fantasy that you can brag about to your friends. I’m bisexual because I happen to be bisexual. That’s all there is to it (well, that’s all there would be if y’all weren’t interfering with my life).
Posted by Blue Devils United at 11:37 PM