Out Athletes: The 2010 Winter Olympics Edition 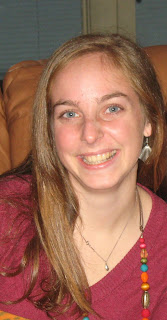 Every other Wednesday I will be writing about LGBT Issues in Sport. Between each regularly scheduled post I may chime in with more posts if something comes up and/or I have the time. I have a serious academic interest in sport and in this column I’ll be highlighting current events, sharing resources, reflecting on complex issues and sharing athlete’s stories among other things. For more about me, you can read my first post, here. Please feel free to email me with thoughts or if you come across something you’d like me to include on the blog.
Last week Duke hosted artist Jeff Sheng and his exhibit, Fearless. Fearless is a series of over 100 photographs of out LGBT high school and collegiate athletes. Sheng also spoke about his project called Don’t Ask, Don’t Tell, so named because it’s a photo documentary book of American servicemen and service women who are LGBT. Anybody who spent any time with me last week bore the burden of putting up with my uncontained enthusiasm for Sheng’s visit. On Wednesday, I had the pleasure of attending lunch at The Center (thanks, Chris Purcell!) and also his talk that night. I can’t wait to write about that…or about Representative Kyrsten Sinema’s visit which was also last week [even though it’s not sports related I hope to write a post about it]…but both are going to have to wait because

1) the Olympics just ended and I can’t possibly only write one post about them (if you haven’t read it already, read my take on Johnny Weir here)
2) writing about Fearless will take me a while (I’m swamped with stuff right now, so I hope you’ll understand) and
3) I want to address the most recent comment on my last post about Weir.

February 26, 2010 6:17PM
Anonymous said…
There could be a lot of reasons he does what he does. It’s just a shame we don’t have more queers in the public eye. Can anyone name more than three currently active gay athletes? Or one?

Thank you, Anonymous, for inspiring what is going to be a new sub-column, if you will, of my regular posts. Welcome to the first volume of “Out Athletes.” Every so often I’ll dedicate one of my posts to highlighting out athletes. It is my intention to highlight individuals who are currently competing or who were out or came out during their career as an athlete. This is not to say that I won’t ever talk about other athletes who’ve come out of the closet since their playing days ended—just that in these specifically designated posts I won’t be. If you have a favorite athlete who fits this criteria, comment below or send me an email! I’d love to know why he/she/ze is your favorite (or one of your favorites) athlete(s) and to share their story with our fellow readers!

Oh, and I know I started this post by putting off writing about Fearless, but I’d be remiss not to comment on the fact that this is what Fearless is all about—recognizing out athletes and giving out athletes a face! See, it all does tie together!


Out Athletes: The 2010 Winter Olympics Edition
Vancouver, British Columbia, Canada
The San Diego Gay and Lesbian News identified six gay athletes who competed in the most recent Olympic games. All six are women. I’ve not read of any openly gay men, bisexual or transgender identified individuals who competed. Though, Women’s Figure Skating Gold Medalist Kim Yu-Na’s coach, Brian Orser, is (now) openly gay after being outed in a partner lawsuit in 1998, a decade after his second Olympic appearance. Out of roughly 5,000 athletes who competed, it would seem that there would be more than six in total, but these are the only ones who’ve made it known to the press. I think this is an important distinction to make. Someone may be out of the closet to their friends and family and even acquaintances and coworkers, but that does not mean that they’ve disclosed it to news sources.

A question for you readers: what do you think of these athletes (yes, I’m assuming there were athletes who competed and fit this description) who are out in their personal lives but not to the press? Is this being out of the closet?

The six confirmed women who love women are:

Renate Groenewold, speed skater from the Netherlands
An Olympic veteran, Groenewold competed and placed 10th in the 3000m. The Vancouver games marked Groenewold’s third Olympics (2006, 2002). In 2002 and 2006 she captured the silver medal in the 3000m. In 2009 she won gold at the world championships, also in the 3000m.

Sanne van Kerkhof*, speed skater from the Netherlands
In her first Olympics, van Kerkhof competed and placed 4th, with her teammates, in the 3000m Relay.

Ireen Wust*, speed skater from the Netherlands
Wust won the gold medal in the 1500m. She also competed in the 1000m (finished 8th), the 3000m (finished 7th) and the team pursuit (finished 6th with her teammates). The Vancouver games were her second Olympics (2006). She was the defending gold medalist in the 3000m after winning in Torino. In Torino she also won the bronze medal in the 1500m. Wust came out casually during an interview in 2009 when she commented on her current relationship (see the * below for details).

Erika Holst, a hockey player from Sweden
An experienced Olympian, Holst and Sweden finished fourth in the women’s hockey competition. She previously represented Sweden at the 2002 Salt Lake City Games and 2006 Torino Olympics, garnering a bronze and silver medal, respectively. Interesting to note, Holst came out in the middle of her career in 2006.

*denotes that Wust and van Kerkhof are girlfriends. Wust is less than thrilled that her sexuality and not her skating has been the cover story. She is quoted as having said, “I want to talk about ice skating…You are not asking Sven Kramer [Dutch, European and World All-round Champion] about how his relationship is going. So why would you ask me? If I would’ve had a relationship with a guy, you wouldn’t have asked me either.” I have some thoughts on this, so maybe I’ll get around to writing about it over spring break. Oh, and I guess I owe Wust an apology for once again making her sexuality a plot line.

In all, it seems that while only six Winter Olympic athletes (and one coach) publically identified as gay (disclaimer: I don't actually know if these individuals prefer 'gay' or 'lesbian' or 'queer' or __________), the LGBT community has much to be proud of in all of their accomplishments! Random statistical fact: they amassed three gold medals (four, if you count Kim Yu-Na's gold as her coach's) which, had they been a country, would have been good for a tie for 9th place in the "gold medal count!" In total, 20 countries had athletes who won a gold. Eighty-two countries participated in the games.

[Author's note: it's been brought to my attention that the length of my posts may discourage readership, so I thank you for taking the time to read my columns. I hope that you find them interesting and informative. For better, or for worse, this was my attempt at a semi-short blog (nobody's perfect).]
Posted by Risa at 9:00 AM