For some reason, I thought that once I came out to my parents, our relationship would return to normal and we would all live happily ever after. I understand that being able to even entertain the notion of coming out to my family is a huge privilege, and I am incredibly grateful for that. However, my experience coming out was not as clean-cut and “easy” as I expected, speaking to the entrenched prejudice that our community sometimes faces at the hands of well-intentioned allies.


In high school, when I started to come to terms with not being straight, I hid much of my life from my parents because I feared they would find out. I kept quiet about my friends (who were all girls), made up excuses when I went to gay clubs or events, and hid my love life from them. One time when my mother suggested that I had feelings for a male friend of mine, trying to “out” me before I was ready to be open, I felt so nauseous that I had to spend the entire day in bed. My father tried to force me to come out as well, physically cornering me in order to pop the question as I left for a jog – I had sensed what was coming and had literally evaded him for weeks – only for me to push him aside and run into the street to his screams (in French, so our neighbors wouldn’t know that his son is not straight): “I just want to know if you’re a homosexual!”


I eventually came out to my parents my freshman year of college and accepted that they were only trying to be supportive, getting over these instances of insensitivity towards me, and many others. One day’s emotionally charged and very meaningful conversation about my identity, though, did not make up for years of lying to them. My sexuality since has basically stayed the same: taboo.


My mom, despite all the love and support she showered on me the day I came out to her, has never once mentioned my sexual orientation to me. It’s been two years! Her only reference to people not identifying as straight occurs when she uses the word “queer” as a synonym for “weird” in everyday conversation. I cannot muster up the courage to tell her that that offends me. My dad, unfortunately, believes that I sleep with every single one of my gay friends from high school, and attempts to start a talk about safe sex whenever I leave the house to hang out with them. Maybe this is his way of coping with the dysfunction that my sexuality has brought to our relationship and addressing the aspect of my identity that hangs around like an elephant in the room all the time. Regardless of the reason, I still am not courageous enough to explain that I do not in fact have sex left and right, that he has really just been brainwashed by our society’s stereotype of gay men as promiscuous, hypersexual people, and that my sexual orientation is ultimately not inferior to his.


In many ways, I feel like the years I spent in the closet, deceiving my parents and distancing myself so they would not find the truth out, have come back to haunt me in my attempts to restore normalcy after coming out. I do not feel comfortable addressing my identity around them, and they clearly struggle to broach the topic around me. I personally feel like I have to “come out” to them again, this time as a person who is comfortable enough to be militant about respectful treatment in a family setting. 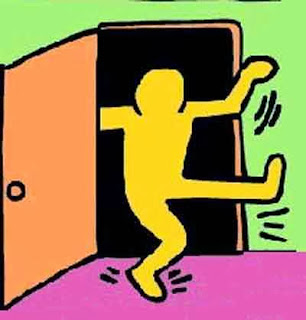