What I’m Thinking about on Hanukkah 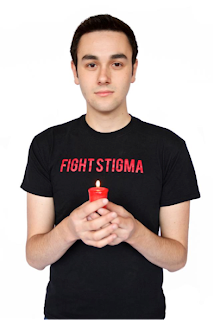 For those who don’t know, Hanukkah is the Jewish celebration of the victorious Maccabean revolt in the second century BCE, in which a group of Jews formed an army in protest of Roman King Antiochus IV’s decrees forbidding the practice of Judaism, punishable by death. The story is framed as a miracle; a small, underdog army, the Maccabees, defeated the comparably overpowering Seleucid Empire. Often left out of the picture in the recounting of the history of Hanukkah, however, is the gory guerilla warfare that the Maccabees fought primarily against the Hellenized Jews, a faction that believed in assimilating to Greek and Roman culture and thus abandoning cultural ties to Judaism.

On Hanukkah, the Jewish community celebrates the courage and resilience of the Maccabees, for had they not defended their values and identity, Judaism as we know it would not exist today. There would be no Manischewitz, Bar Mitzvahs, or free Friday night dinners at the Freeman Center.

In some parts of the world, the LGBTQ community suffers at the hands of decrees no different than those of King Antiochus. Look no further than Russia. Our LGBTQ brothers and sisters are fighting a war on the streets in the name of identity. Plain and simply, they demand the right to be the people they deserve to be.

There are Hellenized Jews among us in our own community. Too often am I asked, “Well don’t you think it’s best to assimilate?” Some of the biggest enemies of the LGBTQ community are LGBTQ themselves. It’s unfortunate that many of those who share my identity, trivialize it.

Looking ahead to the new year, I have a wish. I wish that LGBTQ people at Duke made more of an effort to make this community feel like one. It’s easier said than done, but without our LGBTQ allies, we are defenseless in the war again the “Hellenized”. If you value your identity, the LGBTQ community at Duke, or mainstream LGBTQ culture, you can be a soldier in this guerilla warfare that’s taking place right on our campus. Your options are too numerous to ignore. Come to a Kickback Friday. Participate in the Drag Show. Sign up for a BDU committee. Hang out in the CSGD. Read and write for this blog!

At the end of the day, the choice is yours. You can be a queer Maccabee. You can say no to assimilation.