I'm going to get right to the point: stereotypes annoy me. All kinds. Yes, sometimes they are applicable to people, but I dislike when people automatically assume things.

For instance, the night of the Super Bowl, my common room was filled with people watching the game. I had so much homework, I only dropped in occasionally, but when the Saints had won, I was overjoyed. I had been rooting for them from almost the start of the season. Then, a friend of mine came in disappointed. She had been rooting for the Colts. When I told her I was happy for the Saints, she said "What do you know about football? You're gay." I'm sure she meant it in a joking way, but then I spent five minutes showing that not only did I know a lot about football, I'm also an athlete and have been one for 10 years. People don't bat an eyelash when I tell them I sing and love musical theater or Project Runway, but I tell them I'm into sports and suddenly that's so surprising, just because I'm a gay man.

The same has happened to some of my lesbian friends. One was talking to her ex on Facebook and showed us a picture of her. This woman was very attractive, and one of the guys in the room, on seeing her, turns to my friend and says "SHE'S a lesbian? Damn, you can't even tell anymore." I turn to him, incredulous. No, believe it or not, you can't. In fact, you couldn't tell previously. Contrary to what I'm afraid is popular belief, outward appearance is not a good indicator of sexual orientation. I have met incredibly "feminine" straight men, and I've met gay guys that are more "masculine" than most straight ones. It just annoys me that people will typecast others just from looking at them. It's not fair. Another story, my friend Alicia from high school and I were at the mall, and a guy from our school came up and was hitting on her. She told him she wasn't interested, she liked girls. He says "You're a lesbian? But you're attractive enough to get guys."
...
...
I would've been really pissed off at him if I wasn't feeling so sorry. He picked the WRONG lesbian to say that to.

Just because people are homosexual does not mean you can immediately ascribe characteristics to them. Everyone is different, that's that. You shouldn't assume things about them. It's not fair. 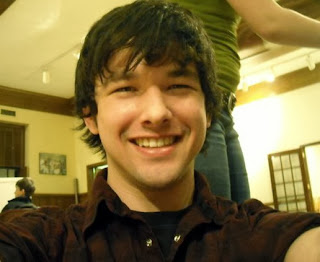