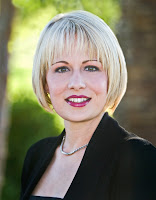 Interested in politics? Learning about the ONLY campaign which defeated an anti-same sex marriage initiative? Talking with an openly bisexual public official? Learning about how to build coalitions to advance an LGBT-friendly agenda? Want to talk about growing up in a conservative, religious family?

Then join Blue Devils United and the Center for LGBT Life for a lunchtime conversation with bisexual state legislator and activist Kyrsten Sinema!
NEXT MONDAY, FEBRUARY 22 @ 11:30 AM in the LGBT Center (02 West Union)
Lunch is generously being sponsored by the Center for LGBT Life and Blue Devil’s United (please RSVP to Risa Isard at rfi@duke.edu)

Raised in a conservative Mormon home, Kyrsten Sinema is openly bisexual and serves as a member of the Arizona Legislature. In her third term as a member of the House of Representatives she has declared her intent to run for the state Senate in the forthcoming election.

One of her most notable accomplishments was chairing the 2006 campaign called Arizona Together—the first and only successful effort in the country to defeat an anti-same-sex marriage ballot initiative. Currently, she serves on Obama’s national healthcare reform group. Kyrsten is the Board President of Community Outreach and Advocacy for Refugees and also serves on the board for the YWCA of Maricopa County. She is the recipient of awards for her political leadership, including the NAACP Civil Rights Award, AZ Hispanic Community Forum Friend of the Year, Planned Parenthood Legislative CHOICE Award, Sierra Club’s Most Valuable Player, and the AZ Public Health Association Legislator of the Year

Kyrsten holds both a law degree and a Master’s degree in Social Work from Arizona State University, and is currently pursuing her Ph.D. in the School of Justice and Social Inquiry at ASU. She is an adjunct professor in the School of Social Work at ASU and practices law when not in session. Kyrsten also serves as faculty for the Center for Progressive Leadership, teaching tomorrow’s community leaders about the political process.

Kyrsten’s first book, Unite and Conquer: How to Build Coalitions that Win and Last, was released in July 2009 by Berrett-Koehler Publishers.