Homophobia Strikes Out in the Golden Baseball League 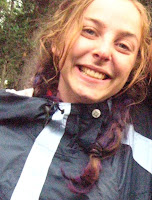 I have a serious academic interest in sport and in this column I’ll be highlighting current events, sharing resources, reflecting on complex issues and sharing athlete’s stories among other things. For more about me, you can read my first post, here. Please feel free to email me with thoughts or if you come across something you’d like me to include on the blog.

I’m back from an absolutely amazing nine weeks in Colorado. I made several mental notes throughout the summer and hope to write a commentary on the (more-positive-than-I-could-have-even-dreamed-of) dynamics and attitudes that I encountered. First, though, I want to write about this story that appeared as the “cover story” on msn.com the day I got home.

On July 31st, Billy Van Raaphorst was an umpire for the Golden Baseball League (GBL) game between the Edmonton Capitals and the Orange County Flyers. In the first inning Bowers disagreed with a call made at first base. For the second day in a row, Van Raaphorst ejected Bowers from the game. After being thrown out for his antics (he reportedly rolled up his sleeves and mocked Van Raaphorst with a “gun show”), Bowers began screaming homophobic remarks at Van Raaphorst, who identifies as gay. “You know what I heard? I heard you’re a f---ing f----t." Bowers continued, yelling derogatory language and even “acting out” an offensive scene (I’m sparing the details; you can read about the rest here).

The GBL immediately suspended Bowers for two games and fined him an additional $500. Unsatisfied with this judgment, umpires from all over the league demanded that the league come down harder. They even threatened to strike. Following an investigation, which concluded August 6th, the league moved to suspend Bowers for the rest of the season and increased the fine to a $5,000 penalty. Soon thereafter, Bowers resigned. The Capitals have also announced that all of their employees will undergo mandatory diversity training.

The rest of Van Raaphorst’s personal story illustrates how being in the closet often negatively affects one’s sports performance:

Billy Van Raaphorst grew up in a sports-charged environment. His dad played in the NFL and both his brothers played football in college. Billy also played college football until he suffered a career ending injury during his senior season. The whole time that he was growing up and even as he continued to play football at a Division I level, Van Raaphorst yearned to be behind home plate in a major league stadium. His career ending injury gave him the perfect opportunity to break away from his family’s legacy of football and pursue his passion for calling balls and strikes. He graduated No. 1 in his class from “the Harvard of umpiring,” the Harry Wendelstedt Umpire School. Working his way up through the ranks of the minor leagues, Van Raaphorst made it to the double-A level in 2001. Van Raaphorst, who says he knew he was gay “pretty much all [his] life” but had never “acted on it” before, went to his first gay bar and had his first relationship with another man around this same time. Subsequently, things started going poorly for him as an umpire. He dropped to being 27th in the rankings and then was 45th (of 47). He wasn’t out to his colleagues, so he lied about his post-game plans and tried to ignore his coworkers’ questions about who he was seeing. By 2002 he was released from the minor leagues. He wanted to fight his release in 2002, but he says he was discouraged by family members and friends who “didn’t want all of the attention that would’ve brought.” He’s learned a lot since then and regrets ending his first relationship because he was scared and not coming out. Now? He refuses to ever make those mistakes again.

"I don’t make decisions out of fear anymore. I try to make fearless decisions now.”

Something we should all aspire to do.

Now, for a few scattered thoughts:
Posted by Risa at 9:00 AM