Can Slurs Be Redefined? 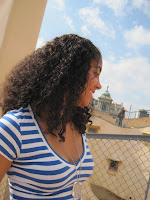 HEY…before I say anything…watch this video. Don’t worry if you don’t understand Spanish, I’ll explain what he said.

That was a Chilean ad against machismo (stereotypical male chauvinistic and violent tendencies of Latin American men against women). The commercial's slogan is: "Maricón, el que maltrata a una mujer." (A faggot is one who mistreats women.)

The only power I see in the ad is its ability to perpetuate the use of a word that is discriminatory and harmful. Heavily prejudicial, well-known slurs—such as faggot and nigger—can never be successfully redefined. The association between the term faggot and the LGBT community is far too strong. That being said, in my opinion the real meaning of the slogan translates more to something like this:

“If you’re a man who beats women, you’re no better than a faggot/gay man.”

The stigma attached to the term faggot is not going to disappear. It doesn’t make sense to me to use an anti-gay slur (or any slur for that matter) to label a group of people, regardless of what they do. It appears to me that they’re fighting machismo and domestic violence at the expense of their LGBT community.*

I find this ad to be degrading. What do yall think? Do you think anti-gay slurs can be redefined for a purpose like this? Or even generally?

*While I recognize the fact that the Chilean government is not very accepting of LGBT rights—unlike many other countries in Latin America, Chile does not recognize same-sex relationships, does not allow same-sex marriages or adoptions, etc.—I don’t think they should be promoting derogatory language. Assholes.
Posted by Xan at 12:24 AM