In which I am a little exhausted 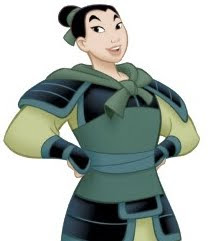 [In addition to all of our awesome visible and identifying columnists, we also have some awesome anonymous columnists that for one reason or another must use a pseudonym not their full name (and pseudopic?). Details on anonymous columnists here.]
Hey there, what have you been up to? Doing okay? Great, great. Oh, me? I've been knowingly making myself miserable, but what else is new?

So, every month, I do this thing where I start running low on birth control pills. I wake up and say, "Only five pills left! Better call in the prescription!" -- but then I don't. So the next morning I wake up and say, "Only four pills left!" -- but I still don't call. I don't call in the prescription until long after the pills are gone. I resist and resist, until PMS sets in. I can't describe how terrible PMS is for me. (Well, I can, but I deleted it because it's super gross.) And yet, I knowingly bring it on myself -- more than once a month, since lately I've been getting sloppy about taking my pills even when I'm not running out!

Or, this semester I've been doing this thing where I kind of don't go to class. Well, I always attend my grad class. And I pretty much attend Romanticism, because that dude is a hardass about late homework, but if there's nothing to turn in, I don't bother. King Arthur, though-- I think I'm literally 50/50. And Astronomy... last night I was up until 5am marathonning recorded lectures in a desperate attempt to prepare for the quiz today, because I haven't shown up since the last quiz. I wish that guy kept track of attendance; I might actually go. I like these classes. I like these professors! I'm actively curious about the subject matter. And yet-- resistance.

I know what I need to do, to make myself happy, and it even lines up with what I'm naturally inclined to do, and yet-- I resist. So I just end up stewing in my unhappiness and my bitter knowledge that the whole thing is my own damn fault.

Except-- the resistance isn't my fault, not completely. I resist taking my birth control specifically because it feels so wrong to put fucking estrogen in my system. And I resist going to class because it's the only place where I'm still in the closet. The closer I get to making my life look the way I want it to look, the harder it is for me to endure the parts that still don't match.

I wish I could just dodge the question for a little while, to take a break, but the world we live in doesn't allow for that. People make judgments about my gender before they even ask my name, so I'm fighting an uphill battle from the beginning. I can only choose to correct them, or let the lie stand. And when my teacher starts with "Yes, the girl in the back-- sorry, I don't know your name," there's no way I'm going to respond to that by saying to the whole classroom, "It's Lawrence."

I had to choose between outing myself to everyone in all my classes, and shoving myself back into an increasingly-agonizing closet every time I wanted to learn something. Being closeted is hard to bear, and genuinely impeding my ability to learn, but coming out would have to be such a production, it would surely get in the way of my classmates' education, too. I don't want class time wasted on people's double-takes, or on clarifying my identity, or on anything to do with me. So until there's a chance that anyone, ever, would look at me and consider the possibility that I might be male, this is what I'm sticking with.

Which just leaves me feeling like this whole thing is so unfair. I have to choose between having my identity acknowledged, and learning during class time. But I've been a little sick lately, and I'm stressed out because my car broke down, and I don't want to go through that kind of emotional turmoil to learn how to predict lunar eclipses. I just want to go to class and do my homework like a normal student. And I can't.

Usually I like to open things up for trans 101 questions in my posts but I think I'd rather not, this week. Right now I'd like to focus on all the other things in my life, rather than letting this one aspect define me.

Instead, I'd like to ask all of you to do me a favor. Don't assume you know someone's gender until you've at least asked their name. Actually try this. When you get dinner tonight, don't think about the girl in line ahead of you who is taking forever-- think about the person ahead of you. Self-censor your own gendering instincts as much as you can. And I guess, let me know how it goes. It'll probably be harder than you expect.
Posted by Lawrence at 9:00 AM