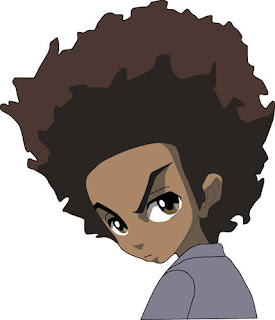 For about 20 minutes a day, I scroll through my tumblr feed to find post after post after post of transmen discussing and documenting their transitions. Tumblr, whether they intended this or not, has served as a central place of communication for the trans community. There are thousands of Tumblr blogs (including my own) documenting the process of transitioning and the issues that many trans* individuals face on a daily basis.

I can identify with the transition experience of many of the blogs that I follow. Beginning hormone therapy, dealing with dysphoria, making decisions about surgeries, and the stress of having legal documents changed are things that I struggle with as well. Witnessing other individuals in my predicament gives me strength to continue on during some of the most difficult parts of my transition.

What normally differs between my own experiences and that of others is my awkward relationship with the “T” in LGBTQ. My relationship with that “T”, has evolved multiple times throughout the process of transitioning. Initially, I didn’t question my identification with the “T” in LGBTQ. I was just excited about finally having a name that described a community of people just like me. Lately, however, I’ve found that my willingness to identify as transgender decreasing as time goes on.

Let me be clear that my issues with “T” have absolutely nothing to do with the transgender community. Meeting other people who share this pain over their gendered experience that is as deep as my own has been one of the most validating experiences that I have had. However, because so much of my understanding of my own transition experience has been based in my physical struggles with gender as a child, it’s hard for me to identify as the term.

For me, the decision to transition was about alleviating the dysphoria that I had been dealing with since I was young. Dysphoria (though defined differently by almost everyone) is the excruciating pain that comes from living in the reality that your brain and your body sees two completely different people in the mirror. For many of us in the community who do experience this, Dysphoria causes periods of debilitating hopelessness that can seem almost impossible to navigate out of. As I child, I went through many periods of dysphoria. I forgot (or so I thought) many of these instances as I became older and distracted by the demands of life. But as I venture deeper into transition, I find these memories making there way back into my thoughts.

When I went through puberty (the first time), I remember a specific incident that occurred in my room. I had taken off my shirt, when I caught a glimpse of my chest in the mirror. I started crying, and from what I remember, I sat there sobbing, staring and prodding at my chest for a significant amount of time. There are many other memories such as this; some I'm not sure I'm ready to acknowledge.

You see, transitioning has brought up a lot of the pain of being misgendered for the entirety of my life. I often get myself into hours and hours of thinking about the outcome of my life had I transitioned earlier. Two decades of my life has passed where I have been a sister and a daughter, when all I ever wanted in the first place was to be a brother and a son. Though there has been a significant amount of healing that has occurred because of my decision to transition, there is still bitterness about what could have been.

For that reason, I take issue with using the “T” word to identify myself. To be fair, I do use the term to describe this experience for the purposes of interacting with other individuals who are going through the same process. However, I don’t want to identify as Transgender. I don’t want spend the rest of my life with the word trans appended to my gender identity. I don’t want to be a “special” type of man because I just so happen to have a vagina (and he’s a fabulous one, thank you). I’m a boy, and I always have been. No additional letters required.
Posted by Xavier at 10:52 AM