Something Greater Than Yourself 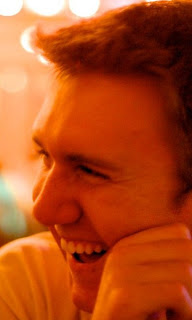 [Author’s Note: I’ll try to keep the profundity of this to a minimum]

So, yeah. Coach K is pretty great. You know, 903, history making, the works. I’ll be there for 904 tonight (as well as at the women’s game at noon. Seriously though, ya’ll should check out our women’s team this year. Like, the men’s team is good and all, but our women kick ass WITHOUT taking names. We’re winning the whole damn thing this year, NCAA 2012 champs, calling it right now, so sue me. DWB for life!). This year, in the pump up video before every men’s basketball game in Cameron, a quote from Coach K comes up:

Our athletic teams are all playing for something greater than themselves, they play for each other, they play for Duke (you can make the argument that the Men’s basketball team plays more for Coach K and less for Duke, but that is neither here nor there).

Think for a second about religious places of worship (the Sistine Chapel, Masjid al-Haram, even the Duke Chapel). In which religious text does God (god? gods? Gods?) say to Us, “Hey, so like, could you guys build me a massive church? Kthx.” (Hint: none). For me, and for a lot of religious people I know, when you go to a service, you don’t consciously think of the building in which the service is held. You focus on the community, and on your faith. But subconsciously, the enormity of these structures reminds worshipers of just how insignificant they are compared to their community of faith. This may not be the case for all church-goers, but whenever I went (go?) to church, I was always reminded that there are things far more important and larger than I am.

When you look at the night sky at Duke, you don’t see much. Thanks, light pollution, you’re the best. But every once and a while, when I’m feeling less-than-stellar (which, I am displeased to report, has been happening a lot recently) I hop in my car and drive. I get away, far enough away so that I can see the night sky and all of its unbridled beauty. I park, and just gaze into the cosmos, and it reminds me of just how small I am. There is so much else out there; there are things much, much greater than I am. This isn’t nihilistic, it’s refreshing.

My first year at Duke, I was so excited to have a community. I came from a place that had nothing LGBT related, and I did everything I could to get as involved as possible. It was, to an extent, a little toxic. I didn’t allow myself to branch out and explore the other parts of me, of which there are plenty.

This semester, I have ventured onto the other side of the toxicity spectrum. I removed myself almost entirely from the center, and from most of my friends who identify as LGBT. There is some blame to be put on the marching band and vast amount of my time that I give to it for football season. But I could have made time to embrace the LBGT community, so my expulsion thereof was conscious and voluntary. After some self analysis, and a few meetings with Janie, I gathered that a good portion of the problems I’ve been facing this semester come from the relegation of importance I've given to the LGBT side of my identity.

I began to reincorporate myself into the center, and reassessed the value of community. I realize that, for me, much akin to religious buildings or stargazing, involvement within the LGBT community gives me perspective. Going to the center enlightens me, and makes me realize that the issues I am facing I am not facing alone. The collective sum of all Our struggles is more important than anything I can undertake in solitude.

Now, I realize that the center is not for everyone. I also fully acknowledge that my reincorporation won’t solve all (most?) of my problems, but it certainly helps. It’s almost always nice to gain perspective, and involvement in the LGBT community allows me to do that. I’m sure reintegration into the center isn’t what Coach K meant in his speech, but it sure has re-instilled into me a sense of pride and (I’m very pleased to report) quite a bit of Joy.

Also, seriously, support the women’s basketball team. Cameron, 12 Noon, be there. They’re freaking great.
Posted by Dan at 7:00 AM