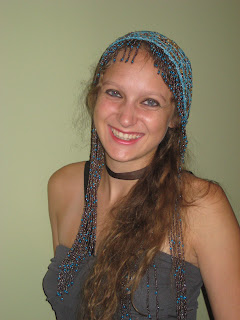 Two interests have been constant in my life: environmental activism and issues surrounding the LGBTQ community. Though my studies (and most of my extracurricular work) is comprised of environmentally-related things, my interest in the LGBTQ community and equality issues never wavered. Though in middle school there was no GSA for me to join, when I entered high school the two clubs I signed up for were the Environmental Club and the GSA. When I was looking for colleges, two of my top priorities were that the school have a strong academic environmental program and an active LGBT community. The influences for why I am interested in environmental issues (the music I grew up to, my middle school's environmental club, etc) are abundantly clear, though my interest in LGBTQ issues are less so.
This summer my mom asked why I think I am so interested in being part of the LGBT community. I couldn't answer her. I was able to tell her why I care about LGBT equality issues--marriage equality, same-sex/domestic partner benefits, etc.--(because it is an issue of human rights), but not what makes me want to be involved with the larger community.
The question puzzled me and I meditated on it for a few weeks. The answer finally came to me when I was walking home from an LGBTQA religious service at the JCC near where I was living. The LGBTQA service was composed of about 20 couples, most of whom were in their 50s. The week I attended was a special one as the community was celebrating one couple's 20th anniversary. Outside of pride parades, it was the first time I'd really been in an environment where there were gay couples well over the drinking age. After the service, all the couples were mingling and eating and sharing stories and laughing (it was basically a Fab Friday with older couples). As I was walking home after this experience, the answer came to me.
In the largely heteronormative world in which we live, there is a separation between those who are straight and those who are not and between those who are male or female and those who are somewhere in between (or neither). As such, there is this invisible expectation that if you don't fall into a "normal" gender role, you have to "admit" to it. I once heard a woman say that being a lesbian in a heteronormative world requires that you constantly come out. And whether you are comfortable enough with your sexuality to share it when you first meet someone or not, this expectation is a tiring thing to live with. This expectation, however, is non-existant in the LGBT community because it fosters an environment it essentially rejects the ideology of a heteronormative culture.
Later in the summer my mom and I were sitting on a blanket at the beach and she posed the question again, "Why do you think you like being part of the LGBT community?" This time I had an answer: The LGBT community is unique in that its members share a commonality that is much deeper than one bound by similar interests (say, a typical student organization). It is a community that is bound by being and by an ideology of acceptance and that is founded on the principles of support and love. Why wouldn't I want to be a part of it?
Posted by Jessye W. at 8:00 AM