Butterfly In A Hurricane 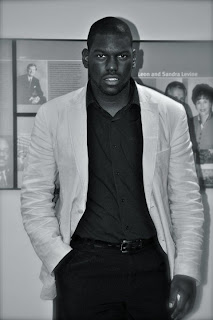 So, my last posts have been more along the let’s-talk-about-uncomfortable-issues line of topics. But, for this one, I wanted to bring it back to a more personal level. The only problem with that is that I don’t know where to begin. I’ve got so many thoughts and emotions swirling around, zipping back and forth between my head and my heart, dancing in my chest and on my sleeves that I can’t really describe any of it. I guess I’ll just start...

I feel alone. I feel like I’m lost in the world again, similar to the way I felt throughout high school and early college. I believe Katy Perry was talking to me when she asked if I ever felt like a plastic bag drifting in the wind. Back in high school, I wasn't like everybody else (even beyond being gay). Somehow, everyone just became absolute best friends and we’re hanging out with each other all the time. They always made plans for the summer and birthdays. I, who was right there at the table while they were making these plans, was never invited. For fear of not having anyone else to sit with, I stuck with that group of “friends” for the rest of school. But, as soon as graduation came, it was goodbye and good luck. I wasn't really living those 4 years. I was floating through life just waiting for life to settle me in some place I could grow.

Well, it landed me here at Duke. As much as I could, I rooted myself to the ground and began the photosynthesis process of taking in all Duke has to offer and turning it into energy to grow into the mighty oak my mother says I am inside. It worked for a while. I began to find my way around life and began to develop into my full potential, but somewhere along the way, a storm came through and uprooted my not-too-deep roots. Once again, I was caught up in the whirlwind of life being tossed to and fro, torn inside out, thrown into the haze of confusion and despair, and flung into the darkness of depression. I lost sense of who I was and who I wanted to be. I didn’t know me. I didn’t know anything except that I wasn’t in Kansas anymore. The friends I once felt so close to moved on and we followed different paths, never destined to cross again. Others that I once walked side-by-side with now had paths that took them just out of arm’s reach, leaving me ever grasping for that closeness once again.

Every once in a while, the storm will die down just long enough for me to catch my breath and gather what little identity, security, peace, joy, happiness I could find. But as soon as I had a shred of each in my hand, the storm would pick up once again, ripping me from my little bastion of safety. I’m in that hurricane once again. I don’t know where I belong. Do I belong with the gays, the greeks, or the blacks? I don’t know where I’m going. Do I go to Fab Friday, Shooters, or a probate? I’m just trying to survive this thing called life. I’m trying to navigate these highways that everybody else seems to be speeding by on while I’m driving in the right lane going 5 mph under the speed limit.

I don’t feel like I belong anywhere. And I think people know that. They can sense how uncomfortable I am in these spaces where I don’t feel completely comfortable/ accepted/ welcome. That’s what this whole thing boils down to. I’m not totally comfortable anywhere anymore. It’s like I missed the memo about what to wear or when there was an open invitation and I showed up wearing the wrong color or on the wrong day.

I feel like it’s too late now. I mean, I’m a junior. At this point, I feel like everybody’s got everything figured out or, at least, some sense of something. They either know where they belong/ who they belong with/ or are totally happy being alone. I’m not either one of those and, with groups already stabilized, I don’t feel like I can/ want to use the energy trying to break into one. I’m stuck in this limbo where I just don’t know what to do. Nothing seems constant in my life. Everything and everyone is always changing and I don’t know how to manage it all. People come and go. The only thing constant is change.
Posted by AJ at 4:00 PM