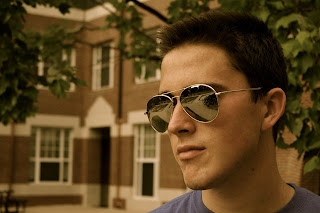 I used to pray that I would be straight. I could never imagine embracing my homosexuality. Homosexuality is often looked upon as a sign of moral depravity. It is something that can make an otherwise ‘good’ person bad. It is a sin. It is wrong. It is unnatural. So, if homosexuality is so bad, why has it made me a better person?

Whoa. What? Did I just say being gay has made me a better person?

Yes, I did say that.

Being the outcast, the pariah, and the one who doesn’t belong. Being called ‘faggot’ and ‘queer.’ Being told that my love is sinful and depraved. Being told that I am a second-class citizen. Being exposed to the inequalities that I would never have been exposed to as a straight man.

All these things have made me better – made me stronger. Without my homosexuality, I would likely never understand the plight of not only the LGBTQ community, but I would never comprehend the feminist movement or minority rights movements. The only way for me to truly understand what we are fighting for is to have experienced it myself. Being gay has taught me the power of acceptance. It has taught me that it’s okay to be different. It has taught me that things are often subjective. It has made me less judgmental. It has made me, well, me.