A Brief Reaction to the Wake County Board of Commissioners 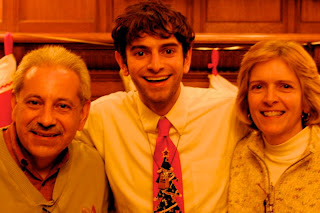 Yesterday, while I was in class talking about freedom songs of the Civil Rights Movement, the Wake County Board of Commissioners was busy voting to support Amendment One, an amendment to the state constitution that would make any legal recognition of same-sex partnerships unconstitutional in North Carolina. Because I was in class, I couldn’t make it to the meeting to speak during the public comments section. So I figured that I’d do it here. Without further ado, here’s what I would have said to the Wake County Board of Commissioners at their meeting yesterday:

I want to introduce you to my mom and dad.

They’re the ones sitting over there waving at you shyly; my mother’s the one that’s probably beginning to get teary-eyed at the sight of her little boy speaking in front of the County Commissioners, and my father’s the one who’s been overzealously socializing with the stranger he’s sitting next to up until I started speaking. My dad’s a people person, and just like me, he’s never met a stranger.

What I think you’ve forgotten is that what you define as “gay” families are never truly “gay.” You cannot separate my “gay” family from my “straight” one. Everyone that I love, everyone that has shaped who I am, is part of my family, gay or straight. And in your rush to take away my right to a “gay” family, you’re depriving my “straight” family of their rights too.

So if you cannot respect me for who I am; if you cannot respect the rights of queer people, then at least respect the rights of straight people. Respect the right of my straight mother to look at her grandchildren for the first time, to rush over to them, to scoop them out of my arms, to hug them in the way that only a new grandmother could, and to spoil them for the rest of her life. Respect her right to a family. Respect the fact that, behind most gay, lesbian, bisexual, and transgender individuals, there are straight parents who want their families to be recognized, who want the best for their grandchildren.

[Editor's note: If you want to take a stand against Wake County's Resolution, consider signing this petition.] 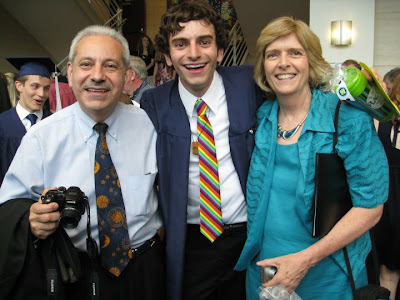