Is the Catholic Church bigoted? 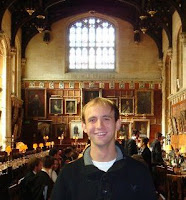 I apologize for the sensationalist title to this post, but this is really seems to be the question underlying so much of my interactions with others with respect to the Church.  Recently, I was giving a presentation in front of DSG when a Senator muttered under his or her breath doubt as to the Catholic Church recognizing any rights whatsoever. Earlier this year, one of my good friends asked me, “How can you be a part of an organization that denies that an entire community of humans even exist?”

I’ll admit that these comments disturb me.  If the Church does in fact dehumanize a whole group of people, then the Church would be undermining the dignity of the human person it claims to prize so highly. But this doesn’t seem consistent with the Church’s actions—it is the largest charity in the world that provides aid regardless of race, creed, or orientation.  While the rest of the world was going on about GRIDS, it was the Catholic nuns who were the first to overcome the fear that paralyzed society and step in to nurse the suffering—sexual orientation a nonfactor.

This just doesn’t seem bigoted to me.  I would say bigotry is an irrational judgment without considering the facts, and based solely on gender, race, orientation, religion, etc. With that in mind, a statement such as,

“Men tend to be physically stronger than women,”

could be considered bigoted if I just made it a priori without evidence and reflection on how I came to that conclusion.  But if we, like the scientific community, believe in some objective physical reality, it could simply be a statement of scientific fact established by accepted methods within physiological research (e.g. Janssen et al, Journal of Applied Physiology, July 1, 2000 Vol 89 No 1, 81-88).

Similarly, a statement such as,

could be considered bigoted if I just made it a priori without evidence and reflection on how I came to that conclusion.  But if we, like the Catholic Church, believe in some objective moral reality, it could simply be a statement of theological fact established by accepted methods within ethical research (e.g. Catechism of the Catholic Church 2357-9).

Sadly, it seems to me that many look no further than a single statement of the Catholic Church to call the Church bigoted without a study of the epistemology that the Church uses to construct her worldview, or the evidence that the Church considered to draw her conclusion.  Somehow, theological claims are something we’re all entitled to an opinion regardless of our depth of study.  Few educated people take seriously extremists who dismiss evolution or some other scientific claim without a degree in Evolutionary Biology or some related study.  Yet we as a community seem to laud those who, without theological degree or even carefully considering the Church’s evidences, reject the Catholic Church’s theological claim.  How many who reject the doctrine mentioned above can tell me the arguments the Church uses to justify that doctrine?  Yet, if we as a community don’t study the Catholic arguments, how can we ask Catholics to consider ours?

This is not to say that individual Catholics always act with pure motives, or have not used their religion to justify hate, despite the Church’s explicit forbidding of this (See again my comment about people feeling entitled to express theological opinions without a careful study of theology).  I am not asking non-Catholics to study or agree with a faith they don’t profess.   However, I am asking non-Catholics to not make judgments about a view they have not carefully studied based on an incomplete exploration of the arguments. After all, that would seem to be an irrational judgment without fully considering the facts.

Calling my Church names without studying her teachings dismisses a billion people worldwide for no reason other than their religion.  I invite the community here to, with me, enter into conversation with my Church on her view on LGBT rights.  But please, do so after careful study of her arguments and how she derives them.  It is, after all, merely the treatment you would ask any Catholic when considering ours.
Posted by Shane at 8:00 AM