What Duke owes to its Queer students. 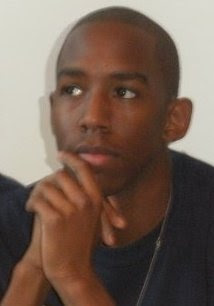 In a conversation I recently had with a top-level administrator about the relocation of the LGBT center I felt as if the historical struggle of Queer students on campus was being ignored. The conversation went a little something like this…

Me: “We feel as if the administration gives our issues less attention then they deserve, and less attention as compared to other minority groups on campus, most notably the Black Student Alliance.”

The response was something like this “ Well I can see why you may feel that way, but Duke has such a long history of racism that we have a long way to go with reconciliation with black students”

Me: Duke also has a long history of Homophobia, that the University needs to own up to”

Now this explanation of LGBT second-class treatment, as you can imagine angered me a great deal. To be honest, it is an administrative copout! As you may have noticed I am BLACK and I am GAY, so this whole discussion does put me in a bit of an uncomfortable situation. That being said I think my double minority status also qualifies me to point out this discrepancy without fear of being call homophobic or racist. Duke University owes a great deal to its LGBT population for past and present sins committed, and NOW is the time to pay up!

After that conversation I decided to do some digging on the LGBT history of Duke, and the struggle our predecessors had to endure. This is some of what I found…

The fist queer student group was formed in 1972 and it was called Duke Gay Alliance. Students during this time reported harassment, ostracism, and a general sense of fear. One student from the 70s recounts that many gay students of the time were advised by the University to seek psychiatric help to correct their homosexuality.

In 1974 President Stanford denied the request to include sexual orientation into the Universities non-discrimination policy. This by default meant that the University condoned institutionalized discrimination against LGBT individuals.

In the 1990’s the University would form a LGBT task force and in 94 create the LGB center (note the lack of T) but things did not get much better for students on campus. In 1999 Duke was ranked as one of the most homophobic campuses in America by the Princeton review.

Even today the University still refuses to live up to its responsibility on LGBT issues. Even now in 2012 the university refuses to come out against amendment 1 as an institution.

Still today the university will not own up to its responsibility and provide us a LGBT center with sufficient staffing, space, and resources.

The university talks a big game, but now it is time for results. Duke University owes a lot to its LGBT population, and we deserve the same treatment and respect as everyone else. I resent the assertion, that another group should receive priority treatment because of the way some administrators measure discrimination.

This is why Queer alums don’t donate money to the University.

This is why many progressive p-proshes are skeptical out attending.

This is why so many of our peers are closeted, and fearful.

Duke University must embrace its responsibility to LGBT individuals, and if they can’t do it out of the goodness of their hearts, it is time we apply the pressure because…

We will not be second-class students on our own campus

We will not be relegated to the fringes of campus life.

We will not live in fear on our own campus and,

We will not be silenced or ignored.

Duke is my home, and all I am asking I to be treated fairly within my own home.