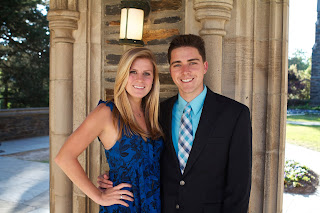 This evening, my friend Chris and I ventured beyond the walls of Duke to a shining beacon of hope – Waffle House. While a trip to Waffle House at 2AM is inherently a bit crazy, tonight’s trip was different. Sitting at the booth across from us was a lesbian couple and their presumable straight female friend. A couple of extremely intoxicated males walked up to their table and began hitting on the couple, who explained that they were together and that they were not interested in the men. One of the men responded by asking them to “prove it” by making out at the table. When they refused, he asked how much he would have to pay them to watch. Later, when one rose to go to the restroom, one of the men asked her if she was going to use the men’s restroom, since “one of them has to.” At this point, I was getting fairly pissed off, but I didn’t know what I could do – it was an uncomfortable situation to say the least. A few minutes later, as the women were paying, one of them asked if they were looking for a threesome that evening.

Needless to say, I was rather shocked at the events of this evening. Of all the patrons and workers in the restaurant, no one (myself included) chided the men for their harassment. In fact, most of the comments drew laughter from the rest of the room. There was a group of UNC students in the diner as well as another group of Duke students and none of us said a single word. Mid-conversation I remarked that I felt as though I was on “What Would You Do” because of the sheer outrageousness of the situation. I suppose I was relieved that no one told them they were going to Hell or the like, but that was the only highlight of the evening.

I wonder if I was right in not speaking up. Is it ever okay to not speak up? No, it wasn’t my place to correct the men, and yes, the women seemed to be standing up for themselves just fine, but I can’t help but feel a bit guilty for sitting by and saying nothing. I suppose the fact that the harassers were severely intoxicated heightened my anxiety about speaking up, but even then I don’t know if I can be fully excused. I simply did not to know what to say to the men. I hope next time I stumble into a situation like tonight’s I will be better prepared.

P.S. Vote Against Amendment One