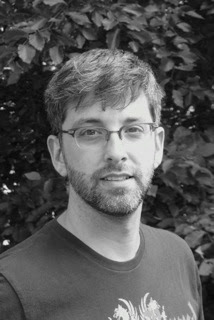 [Editor's note: We are thrilled to welcome newest faculty writer, Dr. Brian Ammons, to the blog!]

In the midst of final papers and projects, advising and fielding questions about next fall, and all of the other minutia that creep up at the end of the semester, I’ve got a rally to plan. On Sunday, April 22 at 1:00 PM, I’ll be gathering at the Trotter Building (410 West Greer) with other church folk who are opposing Amendment One, doing my part to try and actually get people to the polls. I imagine it will be a strange moment for me. Church folk aren’t the first set of allies that many of think of in political battles for LGBTQ rights. But it’s who I know, and as I’ve asked around, these are the folks who have been willing to step up and commit to standing against this amendment.

Alongside my faculty appointment here in the Duke Program in Education, I am also an ordained Baptist Minister. As far as I know, I was the first out gay man to be ordained in North Carolina outside of the predominantly LGBTQ Metropolitan Community Churches. I still serve a small congregation in Raleigh, and much of my speaking and writing remain tied up in religious conversations. Yet, here at Duke I generally keep my “Rev.” title in my back pocket, only whipping it out for strategic purposes now and then.

I always find the process of coming out as a teacher to be strange and complicated. Part of me resists the idea that I need to make myself easily intelligible to students in order to claim the authority to speak about queer theory or the experiences of LGBTQ people. And yet, part of me believes that visibility matters, and that in claiming and normalizing my own sexual identifications I stand with my queer students and have space to disrupt the assumptions of some of my other students.

But I come out twice…given that I teach about controversial social issues, it is a rare case that at some point in the semester we doesn’t land in some conversation about the role of religion in public discourse. Again, I have to navigate whether or not self-identifying as a Baptist minister is productive or likely to shut down conversation. Part of me believes that visibility matters, and that in claiming and normalizing my own religious identifications I stand with my religious students and have space to disrupt the assumptions of some of my other students.

Be clear, I’m not interested in using my authority to coerce or convert on either count. I am however conscious of the complicated choices around self-identification and disclosure I am asked to make in my professional life. I teach courses largely about power, politics, and identity in education systems, and yet two of the most centrally defining aspects of my own identity are consider by many educational institutions as out of bounds – rendered invisible by academic discourse. Or, on the other hand, in making them visible, I chose to let myself be reduced to being the “gay Baptist guy” who talks about schools.

It’s a complicated dance, and I almost always stumble. In the end, I count on the relationships we build in the classroom to be able to hold the tensions that each of us carry with us as we engage complicated questions. I am intentional about not requiring my students to self-disclose, and yet simultaneously try to create an environment that values the organic knowledge that comes from lived experience, the kind of stuff I learned on Sunday afternoons sitting at the feet of my elders on my great-grandfather’s front porch. It’s a dance about showing up, living with the tensions, and trying to navigate the contradictions with grace and integrity.

Not all of the folks coming out on Sunday are affirming of same-gender relationships. In fact, many of them are openly opposed to them. Yet, they are standing against the Amendment based on their understandings of the role of government in society, the nature and purpose of constitutions, the very practical realities of how the amendment could affect children and all unmarried couples, and even a sense of neighborliness. These are folks who live with tensions. Some are taking significant risks in their personal and professional lives to stand with those of us who are outspoken in our opposition. They are my friends, and I’m grateful for their choices.

I am a queer North Carolina native, who has made intentional choices to stay in my home state and work for progressive change. I am a minister. I am a teacher. I am an activist. I live in those tensions. So I’ll take a break from grading final papers on the implications of French inflected poststructural thought for American public schools to hang out with some Christians and cast my ballot.
Posted by risa at 8:00 AM