The City of Gigs 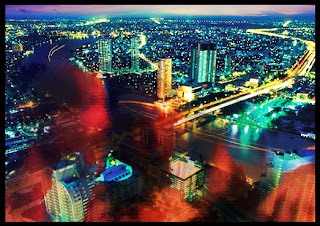 [Editor’s Note: Congratulations to the Class of 2011! The BDU Blog has invited all Duke 2011 graduates to write and share Senior Posts, which we will publish over the course of the summer. If you are interested in writing a Senior Post, please email me, Risa. Also hit me up if you want some ideas about what to write. There is no minimum or maximum length and no LGBTQA related topic is off limit. We will accept and publish anonymous submissions. Without further ado, our very first Senior Post!]

The City of Gigs
By Anonymous 2011 Graduate

It’s the first time in two years that I have been back home, which I have named “The City of Gigs.” Things have changed from the last time I visited. While I was walking on the street or shopping around in the mall, every five minute I would see gay female and gay male couples holding hands and expressing their affections. Sometimes I looked at them and could not stop smiling. I also looked at people who were walking pass those couples and infrequently noticed people looking down looking surprised. Bangkok has changed, but that is not the reason I call it the city of ‘Gigs’.

The first time I think I became someone’s Gig was during the summer before last, which was when I last visited Bangkok. At that time I was not out to anyone in Thailand and wanted to keep things secret, but I had somewhat craved for sexual satisfaction and wanted to explore things discreetly. One day, before going to do my part-time job as a tutor, I went to the gym to work out some. That day the gym was pretty empty. After finishing the workout, I went into the sauna room and found my opportunity. There was a handsome muscular guy. I sat on a hot wooden bench and started giving him an I-want-you-look. Suddenly, he stood up and left the room. Without thinking, I followed him and said “come with me.”

We were in the bathroom for some time, but that didn’t make me become his Gig. Realizing that people might catch us doing inappropriate stuff in public, we departed. I put my clothes on and walked out of the gym. (Un)fortunately, I met him again in front of the gym and we started introducing ourselves and shared phone numbers. On that same day, he texted me and wanted to meet up. We met at the coffee shop. He was a completely different person. He wore a nicely-designed outfit and shoes and he drove a brand-new sport car. As superficial as I was (am), I thought it would be nice to date this guy. We went back to his condo and had an intimate moment. After that we hung out more and had a nice dinner date. After dinner, one question came into my mind. ‘Are you single?’ I asked him. ‘No, I am not. I have a boyfriend. We have been together for seven years and he is in NYC …’ He replied to me, which started a long discussion about his boyfriend. He ended the conversation and asked me ‘What are you up to tomorrow?’ I replied ‘I don’t know,’ asking myself what I would become—his Gig?

Anyway, I spent my three months in Thailand hanging out with him as his Gig. I didn’t feel guilty, but special at that time. I don’t know whether I ever developed romantic feelings for him, regardless of our sexual activities. For me, I felt more like a friend and/or a brother—but a special one. He did express his love to me and did cry when I left Thailand. The first month after I came back to Duke for my third year of undergraduate study, I met the guy of my dreams. He is a handsome guy with a great heart. I fell in love. I completely forgot all of the things around me and those that had happened between me and the guy at home. When the guy of my dreams and I became boyfriends, I easily and happily shared the story with my Gig. He was mature about it. He was happy that I had someone nice and suddenly we became ex-Gigs. I have been in a quite-long-term relationship that was shared by two people, not three, and I really appreciated it. However, the relationship did end and one of the people who always supported me is this ex-Gig of mine. The story doesn’t end here because I haven’t answered why I named this essay “The City of Gigs.”

After getting an undergrad degree from Duke, I quickly headed back to Thailand—learning to look at the term, Gig, in multiple dimensions. Unsurprisingly, my ex-Gig and I met up. We started talking about his ex-Gig and Gigs he has had during the past two years. He introduced me to his current Gig who seemingly wants me to also be his Gig. One day, after my friends’ wedding party, I had too much fun and woke up in the white neat room with my ex-Gig hugging me. I got up and walked to the bathroom, seeing my ex-Gig’s current Gig playing with his dog. I said hi and went into the shower room. After taking a shower, I walked out and met a stranger who I found out to be one of the two boyfriends of my ex-Gig’s current Gig. They all live in the same place. They all share their lives with one another. After being around them for a while, I do respect this life style— if all people in the Gig community are happy and love one another; however, I am sure that I don’t want to be a part of it.

What do you think? Would you like to be part of this Gig community? How amazing would it be if we could have different Gigs who would fulfill different parts of us?

I’m now sitting on the 48th floor in a nice condo of one of my friends, looking at the city of Gigs and its beautiful river. I have been hanging out with this British guy for three days. He is nice and single. But who knows, I might be becoming one of his Gigs or he might have a Gig who is a Gig of my ex-Gig’s current Gig.
Posted by Blue Devils United at 8:00 AM