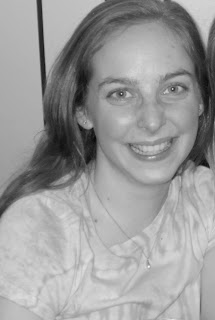 [Author's Note: This was a year of tremendous personal growth for me. I started talking with those closest to me about my sexuality. After 10 months of talking in hushed-tones and strict confidentiality, I am finally writing for the blog about my personal experiences, past and present. Throughout this process, writing has been a really helpful outlet for me. Some things have changed since I wrote this, and other posts that I will publish soon but that I also wrote in the past. Other things have stayed the same. Regardless, the following post speaks directly to how I felt at the time that I wrote it (mid semester, Spring 2011). I will not be modifying my writings to reflect my current state of mind. Rather, I will denote when posts are backdated and will offer more current reflections in other columns. Finally, I wish to thank those who have been my confidantes along the way. There is no way that I could be posting on the BDU Blog about this without our many conversations and your unwavering support.]

I was talking with a good friend who is a little older than me. She was “out” to me, and frequently updated me with the latest in her relationships with other women, though I wasn’t really sure how she identified, specifically: bi, lesbian, queer, something else? So when she told me that she was considering dating some “dudes,” and we’d never discussed her dating men past high school and coming out, it seemed like a situation in which I could comfortably and appropriately ask her about the nuances of her sexual orientation. Her response? “Available.” She didn’t know it at the time, but that one word just made so much sense to me. In fact, if you pressed me today to “choose a label! You have to pick something!,” that’s probably what I’d tell you. I’m available.

So, here’s the philosophy part: I’m not “gender blind,” but you could probably say that I am “gender apathetic.” I just don’t really give a fuck care if you’re a man or a woman or queer or trans or feminine or masculine or what. Basically, as I see it, gender is confining and I don’t want it to limit me when I choose with whom I want to spend the rest of my life. I want to like and fall in love with a person—not a gender.

Sometime ago, an anonymous post (to which I had a very visceral reaction) asked why more out people don’t show their “interested in” on facebook (see #4). I have a lot of thoughts about this and loved the debate that got going in the comment section, but for right now, I’ll say this: I’m not interested in women, interested in men, or interested in men and women, as my facebook options may be. Rather, I’m interested in people. If you’re an amazing person, I want you in my life.

That’s why it’s sort of like being “heteroflexible” or “homoflexible.” In fact, if I still identified as straight, I’d definitely qualify my being straight with also being heteroflexible. Except that I can’t, right now, tell you whether I would choose the word which emphasizes the “hetero” or “homo” part. Which is where the sex part comes in…

The sex part: To determine which prefix to add to the word “flexible,” I’d have to be able to (and willing to?) identify what gender I was primarily attracted to.

I know we were all basically raised under the following two tenets: one being that two plus two equals four and the other being that “we are all sexual beings” (that’s why we have sex ed in the fifth grade, right? “DON’T HAVE SEX NOW. But someday when you’re married, you will, because that’s what people do when they are married.”)

Well, while two plus two will ALWAYS equal four (this is Duke, which means that some smart math major will probably correct me in the comment section, but roll with it, folks) some of us are more sexual than others, and I’ve found that I’m not really attracted to people, almost ever. And there are 101 reasons why this might be my situation (some more personal than others), and it very well may change, but for now, that’s how it is.

Which comes back to the reason that the labels bisexual and pansexual make me uncomfortable. It isn’t out of some internalized bi-phobia, but rather because the emphasis of the words is on sex, and for better or for worse (I’m, unfortunately, often convinced that it’s for worse), that just isn’t my experience.

Perhaps asexual is the correct way to express where I’m at? But, I’m not really convinced that that sums it up, either. For one, I’ve had crushes before—just not recently (read: a long time). And, I (albeit very rarely) have fleeting moments of feelings for people. Finally, it’s not something I’m super comfortable with.

During the moment when my friend identified as available, she made it sound so simple. The fact that we talked for two hours more, though, confirmed for me what I already knew from my own personal experiences: getting to where we both are today is a long, uncomfortable, and really personal journey with approximately 12318023 barriers along the way.
Posted by Risa at 2:08 AM