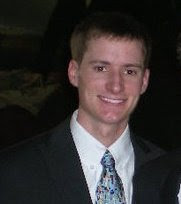 If you give a mouse a cookie, he’s going to ask for a glass of milk. When you give him the milk, he’ll probably ask you for a straw.

Laura Numeroff’s book paints a simplistic picture of common actions and consequences. The book presents a world of perfect information, where questions are straightforward and responses and answers are obvious. Many of us traverse about our daily lives performing actions and making decisions with little thought. This only makes sense, for if we weren’t conditioned to tie our shoes and count by twos, completing more complex tasks would be extraordinary tedious and time consuming. Yet often we take for granted our ability to perform these cost-benefit analyses. We lose sight of the fact that not every decision we make has tangible costs and benefits, that people assign vastly different values to outcomes, and that there is a whole lot of uncertainty in this world.

These daunting, murky, and uncertain waters have brought me to this blog. I’ve been a part of the silent majority of readers for a while now and feel like it’s time to throw my hat in the ring. I suppose I should introduce myself so you know a little bit about where I’m coming from.

I have a passion for sports, an obsession with American and Roman history, have been able to overcome the middle child/triplet syndrome, and love puzzles, games, and challenges. I like discussing anything from the NHL collective bargaining agreement to how you can identify someone’s personality based off of how they play Roller Coaster Tycoon. I love GUTS and Legends of the Hidden Temple and hate seafood or anything flavored orange. The first two CD’s I ever owned were the Backstreet Boys and DMX’s timeless single, “What’s My Name?” Rather than being 20 I view myself as half 10 and half 30. I am extremely risk averse, yet I love to play poker and gamble. In general I believe in the goodness of people and think that I have a pretty damn good life.

I decided to come out to various friends and family members over the past year. It came to a point were I had become sick and tired of constantly building up the walls of an imaginary and unnecessary citadel. I realized that the steps I was taking to keep my guard up were in no way commensurable with the ideals I preached and the life I was living. A very influential coach on this campus once stated that you should “erect no artifical walls that might limit potential, stifle creativity, or shackle innovation.” I’ve really embraced that sentiment and have run with it.

Like so many people uncomfortable with their sexuality, I had become extremely proficient at analyzing other people’s problems, deflecting questions, changing the subject, answering questions with questions, and speaking in mixed metaphors. My rhetoric and actions eventually became so twisted that my own life had became a mystery to me, and still is to a large degree today. I knew I was constantly shutting out those who were closest to me. I felt like I was playing a video game with a controller that I had broken half of the buttons off of. I was still able to get Frogger across the road and build the Pittsburgh Steelers into a hell of a dynasty, but I was making things so much more difficult on myself than they needed to be.

My single biggest regret is not coming out at the start of college or even sooner. Because heterosexuality is viewed as the norm, having to fill people in is an endless chore. I still have no idea of the best way to do it. I’ve had lunch with people, written letters and emails to others, even texted family members from airport security lines. Friends have blasted me for my frailty in informing people, but for me the opening of communication lines is the most important lesson to take from these experiences. So many people are internally at peace with their sexuality yet seem to endlessly wait for the perfect opportunity to tell people. Some are scared that once they come out people will only view them through the lens of their sexuality. My response is that every carton of milk has an expiration date.

Every moment you refrain from telling a family member about your sexual orientation, every time you refrain from correcting a derogatory statement, and every instance that you fail to stand up for what you believe in, you are not only hurting yourself but those around you. You are at the very least an innocent bystander in perpetuating a hypocritical status quo that champions diversity and individuality yet coerces conformity and inequality. Every carton of milk has an expiration date. As father time sits upon your shoulder and days, months, and years slip away, your carton of milk sours even more. And no one, not even a mouse, wants to dunk cookies in spoiled milk.*

The state of the union is strong,
John M

* apologies if you don’t like thinking about spoiled milk or milk in general
Posted by John M. at 7:54 PM