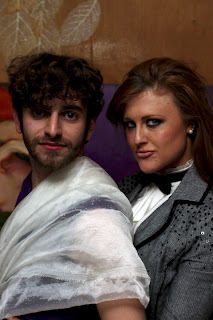 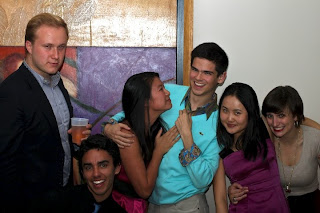 "Dirt and glitter cover the floor,
We're pretty and sick,
We're young and were bored" –Ke$ha

Duke’s LGBTQA students were anything but bored Saturday night as they celebrated the annual Lavender Ball in the Freeman Center for Jewish Life. The event, hailed by some as a comedy of (drunken) errors, drew hundreds of students and was a function of Blue Devils United, Duke’s undergraduate LGBT student association. Event chairs Ari and his co did an outstanding job of planning and executing the event. Thanks also to DJ Chris “Gays-just-don't-appreciate-their-gay-icons-anymore!” Perry [Ed. Note: I just wanted to play I'm Every Woman at a gay event. Is that so wrong?!] and photographer Ollie “Prom-pose!” Wilson.
The night started slowly because, according one slightly slurred suggestion, attendees were “running on gay time.” The dance floor quickly crowded, though, and disorderly conduct increased over the course of the night (see chart). 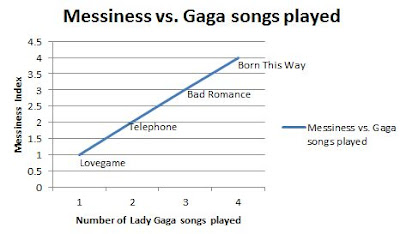 Social columns used to be newspaper staples in big cities. These columns would report to the masses the proceedings of all the biggest parties and outline who did what, and with whom. I’ll refrain from doing the same—you’re welcome. What I will divulge, however, is that the event was a ton of fun. Whether dancing, reconnecting with LGBT students from all around the triangle, or watching Spencer Paez werq, everyone involved had a blast.

The theme of the event was “The prom you never had,” but I’m not sure anyone has ever had a prom quite like that.

(Above photos by Ollie Wilson. Many thanks to him for letting us use them, and to those pictured, for looking absolutely stunning!)
Posted by Matt at 7:00 AM