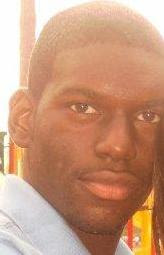 Active. That is the question.
When I first came out, I had no clue what to do. Where should I go? Who should I talk to? What am I supposed to do now? So, looking towards other out people on campus, I followed their lead and became very active in the gay community. I began attending meetings, helping out with different activities, and generally hanging around the Center.

I did that for about a year or so and everything was great. I made new friends. For once, I was able to be as vocal as I wanted to about my sexuality and it was the best feeling in the world.

But then, something happened. Around the end of last semester, I started to feel different. I began to feel as though something wasn't right, as though I was changing. I didn't know what it was. But something just felt different. I began feeling out of place at certain events. My enthusiasm had died down. I didn't feel as "out and proud" as I once did. I began to go to the Center less and less. For the life of me, I just couldn't figure out what in the world was going on.

So, I decided to just pull myself out of the scene for a little while until I figured out what was up. I spent the rest of last semester, this summer, and the beginning of this semester trying to figure it out. I'm gay, so I kinda belong in the Center by default right? I'm supposed to be at every rally, every meeting, every event aren't I? I'm supposed to spend all of my free time in the Center. But I just couldn't pull myself to do that and I felt awful. I felt absolutely terrible. I was being a "bad gay" as I so often referred to myself. Seeing others be so happily active in the gay community made me feel horrible. But even this guilty feeling wasn't enough to cause me to become active again.

I pondered this for so long. Eventually, I was talking to some very close friends of mine that made me realize something: I don't have to be active if I really don't want to and I shouldn't feel bad about it. Now, I know this should have been common sense to me, but as my dearest mother said to me when I was younger, "Boy, you're all book sense and no common sense." A light bulb went off in my head. I got involved in the community because that's what I thought I had to do, not what I wanted to do, and eventually, my mind got the message my heart was trying to tell me all along: This amount of activism isn't for you.

Now, this still caused me a ton of stress. I still felt like a bad gay. But I had to realize that everyone isn't meant to be the great activists that others are and it doesn't make me a bad gay for not being such an activist. I have to find the level of activism that fits for me and it's not being in the forefront of the movement. And that's okay. I appreciate everyone that continues to push forward but that's not my place. And I'm fine with that. I've found a level of activism that isn't in the forefront but I'm still happy with it.

So, to those out there that don't want to be as active as some others, know that it's perfectly fine. Just don't begin to hate yourself like I started doing. We all have to find that balance that works for us and everyone's balance is different. Don't force yourself to be something that you aren't and everything will be okay. Take it from me, I've tried that and it made me miserable. The Center is a great place to meet people and hang out, but if you don't want to participate in the activist side of things, then don't. And don't let anyone make you feel guilty for not doing it. While many people would love for everyone to be active, they understand that everyone isn't comfortable or doesn't want to be in a high-profile level of activism. And isn't that what the gay rights movement is all about at its core? Allowing people to do what makes them happy in life?

I'm still active within the gay community but I no longer feel the pressure to be active in every single thing. I think that I might have found my "happy medium" now. We all have our place in this world. Find your own. Don't try to share a space with someone else.
Posted by AJ at 9:00 AM