A Rarity in Women's Basketball; Duke Leads the Way 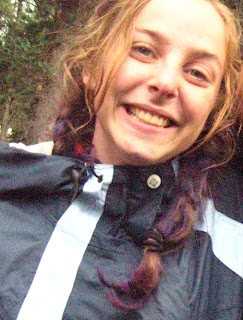 I have a serious academic interest in sport and in this column I’ll be highlighting current events, sharing resources, reflecting on complex issues and sharing athlete’s stories among other things. For more about me, you can read my first post, here. Please feel free to email me with thoughts or if you come across something you’d like me to include on the blog.
Basketball season starts this week. Friday, to be exact. That's tomorrow, for those of you thrown off by fall break starting our week on a Wednesday. For most Duke students, that probably means attending Countdown to Craziness, painting our faces in blue and white, losing our voices and engaging in traditional cheers all for the first time this year (or if you’re a first year, your first time ever). If you’re a manager for one of the basketball teams, it means working a three hour practice (which means working for at least four hours, mind you), filling up more water cups, chasing down and rebounding more balls, wiping up more sweat, and resetting the shot clock more times than you have during the previous four weeks of preseason work outs. And if you happen to play basketball for Duke, it means surrenduring your social life for the remainder of the school year (and you thought the school year just started!).

So, what’s that have to do with anything? Well, every so often Duke Women’s Basketball releases a question and answer style update on the life of a former player. Most (though not all) of these “Catching Up” pieces ask a question about the alumna’s spouse and kids. It’s a pretty heteronormative question and I always wondered if they only asked it of straight athletes (I sort of figured that they only asked it if they knew that person was in fact married, though I don’t know this for a fact). But what about a player who was in a committed same-sex partnership? Would Duke Women’s Basketball ask former players they knew to have a partner about this aspect of their lives, the same as they ask their straight counterparts? Or would it be a matter of reporting on the relationships of the straight athletes while simply not reporting on the “love lives” of any LGB-identified former players, thereby ignoring any same-sex relationships?

My skepticism isn’t unfounded. Women’s basketball—both the professional and collegiate ranks—along with other women’s sports—has a sort of complicated relationship with the LGBTQ community. The WNBA, for instance, is notorious for highlighting on their website and during telecasts the weddings, kids and spouses of straight players while never mentioning the commitment ceremonies and partners of LGB-identified players. This is a different issue than the internal culture of teams—though they’re not necessarily totally unrelated to one another. But as advertising/fan outreach goes—it’s rare to see coverage of an LGB-identified athlete which acknowledges their sexuality. I want to recognize that it’s possible that this lack of coverage is at the request of the athlete, but I have a hard time believing that every athlete falls into this category [especially considering that it occasionally comes up in other, non league/team related publications, but then is never highlighted on that league’s/team’s website, the way that other news releases and articles are indexed]. This isn't unique unto the WNBA. It's the story across the board.

When GoDuke asked her “Do you have a spouse and children?” She answered that “I have been in a nine-year relationship and we have two weimeraner dog kids :) Gracie and Guinness…” Earlier in the interview she mentioned that she and her partner are partial owners of two restaurants. Check out the full interview here.

Erickson played for Duke during the 1997-1998 and 1998-1999 seasons after transferring from Purdue (along with fellow former Boilermaker Michele VanGorp [also openly gay]) following the 1995-1996 season (she sat out during the 1996-1997 season per NCAA rules). She helped lead the team to its first Final Four and championship game appearances in 1999 (to get there, Duke defeated three-time-defending Champion Tennessee) and was named to the Final Four All-Tournament Team. [Side note: Duke played Purdue, Erickson and VanGorp's former school, in the championship game.] She was also named to the all-regional (NCAA tournament) teams during 1998 and 1999. During the 1998-1999 season, Erickson was tabbed ACC player of the week on at least two occasions and was an All-ACC selection each of the two years that she played in a Duke jersey. At the time she graduated, she held the school record for number of three pointers in one game (7) and the number of three pointers in a season (62) [ten years later, she is tied for record for number of three point field goals in one game and is fourth in number of three point field goals made in a season]. During her Duke career she shot 88.0% from the free throw line, which is still the best in ACC history and her 32 consecutive FTs (in 1999) is still the longest FT streak in Duke history.

The season starts Friday and Duke Women's Basketball has more to be proud of than the fact that the team's five first years make up the top-ranked freshman class in the country, Jasmine Thomas continues to rack up the honors (named a preseason first team All-American and to the watch lists for the Wade Trophy and Wooden Award) and national publications rank the Blue Devils as high as sixth (and as low as eighth) in the country (though, those are pretty awesome accomplishments, too).

[Author's note: In the interest of transparency, I spent my freshman year as a manager for the women’s basketball team and have since resumed my responsibilities after not holding the job last year. Also, thank you to Duke Sports Information for providing me with accurate up-to-date statistics on Erickson's career.]
Posted by Risa at 9:00 AM