The Importance of November's Election for Our Community 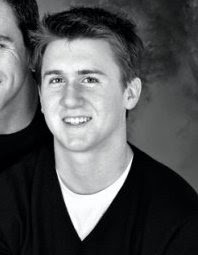 [Ed. Note: Say hi to our newest blogger, y'all :) 2014 continues to rep.]
For those of you who do not know me, allow me to introduce myself. My name is Dan Wood. I am a first year student at Duke and I intend to study Mechanical Engineering and Material Sciences. I am gay and open about it to everyone who wants to know. I love running, music, and good literary and intellectual discussions. With out much further delay, let me begin my first post.

Allow me get a little patriotic. It is not only your right, but your duty, as an American citizen to vote. This pertains not only presidential elections, but the Congressional mid-term elections as well. In order for crucial bills, such as ENDA (employment non-discrimination act), to be signed into law, the United States Congress must be composed of a majority of LGBTQ supporters (and technically a 60% 'super majority' in the senate to break a filibuster which usually results in a bill's failure).

If LGBTQ supporters are elected into office this November, a rippling mandate will quake through Washington, one which informs Congress men and women that their constituents support the LGBTQ agenda. It matters not whether you would take a bullet for Obama or rather have a raging herd of red elephants march through Washington. If you support the LGBTQ movement (which I assume most of you do if you are indeed reading this), your political affiliation does not matter for this upcoming mid-term election. Issues such as marriage equality and gay military service will likely be addressed in the 111th Congress. We must elect supporters of our movement into office this November.

If you do not know whether or not your incumbent representatives and senators voted in favor of the LGBTQ agenda, the HRC (Human Rights Campaign) has conveniently created a scorecard of the 2008 congress. This scorecard tallies all of a Congress man or woman's votes on LGBTQ issues and gives them a score in the form of a percentage. The higher the score, the more supportive that given representative or senator is. I have provided a link to the scorecard at the end of this post. I know it may look big and time consuming to read, but for the sake of the movement, please at least look at the congress men and women in your district.
Posted by Dan at 9:01 AM