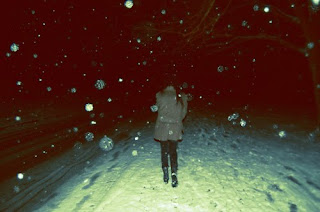 Thursday, I saw news of this:
On January 26, 2011 a Ugandan gay rights activist was beaten to death near his home.
It took me back to 2009, when Rachel Maddow completely destroy Richard Cohen on her show (which can be found here). He was the man who was lobbying anti-homosexual sentiments to the Ugandan government through a book he wrote—the government was very close to passing a bill that would’ve led many homosexual Ugandans to their deaths.
Africa, as a whole, is not known to be the most gay-friendly continent. I will confidently say that if you’re gay in certain parts of Africa, your life is in danger.
Approximately 3200 miles west of Uganda is a small West African country that I happen to have direct ties to; Sierra Leone. My parents and family hail from this country that is rich in culture and varying social dynamics.
Sierra Leone is one of the poorest countries in the world. The country also has one of the lowest life expectancies and literacy rates in the world. To counter these “underdeveloped country traits”, Sierra Leone is ranked as the most generous country in Africa and ranks amongst the top 12 most generous in the world—which is saying a lot for a country that suffered civil war during the turn of the century and is still recovering from the widespread death and destruction. I’m sure many of you have seen the film “Blood Diamond”.
The previous paragraph (sorry about the social studies lesson there!) was to give you a bit of info on the country that I claim as my second home. Needless to say, it’s very different from the US.
Every now and then, I allow myself to wonder what it’d be like if my parents hadn’t immigrated to the US. I allow myself to imagine who I’d be and where I’d be, if I had been born in Sierra Leone. I would’ve grown up, attending all girls’ Catholic schools in Freetown, having my uniforms sown before school started in the late summer. My skin would be darker, my body thinner, and my accent thicker. I probably would’ve had more siblings and I certainly wouldn’t be at Duke—I’d be attending the local Fourah Bay College.
I would also be hiding my sexuality. Despite the fact that the life imprisonment sentence is only for homosexual males, it would still be unsafe for me as a queer woman. There is no legal protection against discrimination, hate crimes go unpunished, and the general public lacks tolerance, acceptance, and/or understanding.
In October of 2004, the founder of the Sierra Leone Gay and Lesbian Association, was found raped and murdered in her office. Since then, the organization has been renamed the Dignity Association—this association has struggled with government support, was refused NGO renewal by the government, and has had fairly low membership (120 people as of 2007).
Living in America, despite the fact the LGBT community here has had so many set backs and so many struggles, I do appreciate how open I may be about my sexuality. My sexuality had always been a difficult thing for me to accept, as a first generation American in my family, and I’m sure that it factors into the somewhat strained relationship I have with my parents. Where they’re from, homosexuality is regarded as one of the worst things you can do (I’m not saying top 10, but it’s up there), and I can see how hard it is for them to shed their old views and assimilate into “American” culture. My parents are tolerant, but not entirely accepting (as I’ll explain in my “coming out story” post, whenever I get around to doing it…)
I’ll end this post here with the hope that there is some discussion of culture and sexuality, especially in the immigrant (1st, 2nd, etc. generation American) population, especially with all the race-talk on the blog recently (because, experiences differ not only for different people, but for different types of people). How much do you think culture or environment affects openness about sexual orientation?
Posted by "Ebony Way" at 7:30 PM