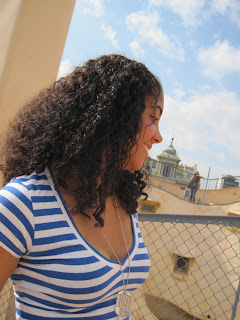 There is something to be said about how an individual identifies and as a result where that individual feels the most comfortable. I identify primarily with my race and everything else falls into some order that I don’t care to really enumerate. What is important, however, is that my sexuality just recently became an identity for me and is probably high up on that un-enumerated list. I didn’t venture into the LGBT center until the spring of my junior year. Before then I didn’t feel as though I belonged there. My issue now resides in the fact that even though I accept my sexuality as an important part of my identity, I’m still not sure how much I fit in at the LGBT Center.

Why? Oh, well because I’m black.

Now, no…it’s not just because I’m black and no I’m not saying the LGBT Center isn’t supportive of all ethnicities. Janie/Jess/Peg/and the rest of the crew love us all. What I am saying is that the LGBT Center is not always my go-to place for comfort or security because I don’t necessarily identify with that community first and being a minority of a minority (being both black and gay), understandably, can make it difficult to decide where you fit in.

However, the bigger issue I’m trying to address is the flip side of how black culture doesn’t necessarily accept LGBTQ-identified persons, especially black males/those who identify as black males. Black men in the LGBT community at Duke may not feel comfortable or identify closely with the black community due to this lack of acceptance. I’ve been sitting around complaining to my black, gay female friends about how the overlap of my identities isn’t met at the center while failing to consider how our counterparts feel about their needs being met.

I’ve come to realize that I have the luxury to walk into a predominantly black, straight party without receiving stares or snide remarks. Get this…I can even dance/make-out with another female with minimal backlash (not that I give a frog’s fat ass what someone says—sorry Chris Perry, I couldn’t resist). When I inquired as to why I don’t often see black males from the LGBT community at predominantly black parties, I was informed that it was too much of a hassle. I was told they don’t want to feel the pressure to monitor their actions or the worry of being judged. Some don’t want to deal with the threat of a physical fight or verbal altercation. Now this is not to say that all gay, black males feel this way but no one should have to share those sentiments.

While the club scenario is only one minor example of how the black community has excluded gay, black males it stands to reason that regardless of the specifics—be it a party, organization, or center for black culture—this needs to stop. How you choose to place value on your identities isn’t really important but feeling that you have a community to affirm you in each of your identities is.

It’s like this for me…At one point there were signs outside of establishments that read: No Colored Allowed. Now it seems the black community has placed it’s own sign up: No Black Gay Males Allowed. We could go into a whole discussion on the history of black culture and why this may be but who cares? It's wrong. Does anyone care about the rationale behind the Holocaust or the African slave trade? That question doesn’t even warrant a response.
Posted by Xan at 2:10 AM