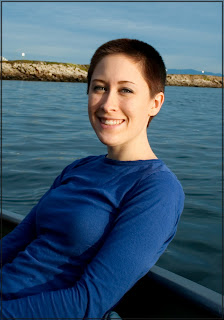 So it's Tuesday night and I just got out of my first class of The Laramie Project, which in case you don’t know, is the Matthew Shepard story. We’ll be performing in April if you’d like to see the show. We’ve got an awesome cast and if you’d like to keep up with the show blog check it out here.

As you can imagine, it’s gonna be an extremely intense experience. I’m exhilarated and terrified at the same time. But I’m not here to talk to y’all about Laramie. I’d really like to reflect soon on my experience going back home (ya know, the whole Hilary + my Jehovah’s Witness family), but I think I need a little bit more time and perspective before I write about it. So my first blog post of the year is gonna dig a bit deeper into my past.

It’s important for you to know that I went to a charter middle and high school for low-income kids, all of who will be the first generation in their family to go to college. It’s super intensive and amazing. I went to school early and stayed late everyday, for an extra class and extracurriculars, which meant I was at school for at least ten and a half hours a day. But during robotics season (betcha didn’t know I was team president!), we were building at school late into the night. Through all of this, the teachers were right there with us, devoting their lives and time so that we could compete in regional and national competitions. It was so incredibly bad-ass.

My first interest in robotics came early, but my dedication began after I moved out of my parents’ houses after a rough patch. So it was a tough time in high school and I was trying to spend as much time away from home life. I like to think that we all have like that one AMAZING teacher that was our light and our guidance and our friend and tough in the best ways. That teacher for me came through robotics.

He actually came out to me last June, which I was totally shocked/thrilled about. But a couple of nights ago told me that he has AIDS.

Now, if you were around at Duke in 2007, you’ll know that Chris Purcell didn’t fuck around with World AIDS Day. But honoring those lost was as real as it got for me. In our generation, we are fortunate to have access to more education and information and safety and health.

But a couple of nights ago, shit got real. This was a teacher who would fuck with us by offering extra credit on tests for spelling his complicated last name correctly, then write it wrong on the board that day. This was a teacher that would stay with us at school building a robot past midnight, who would take so many of us on our first plane rides, who showed us how we could make high school so much more than classes, who made it possible for me to learn how to write grants and how to be proud to be the first in my family to go to college. He was my rock in such a dark period of my life.

I feel honored that he could open himself up to me and say to me, well, no, I’m not doing too well right now. I am so grateful to know his story, or parts of it at least, because there is something horrible that hurts the ones we love the most.

Working on The Laramie Project is going to be really difficult for me. First, because I have very little experience with theatre. Secondly because I have such a deep, emotional dedication to the gay world. But mostly because of this teacher, the hate crimes he shared with me, the honesty he bared, and the path he helped me get on.

I am going to dedicate all of my energies in honor of everything that he has done for me, and in hope that we will overcome.