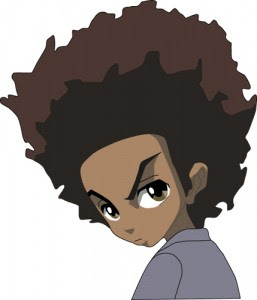 [Ed. Note: This is Xavier's first post, Everyone (Great to have you writing, Xavier!). Show him some love?
In addition to all of our awesome visible and identifying columnists, we also have some awesome anonymous columnists that for one reason or another must use apseudonym not their full name (and pseudopic?). Details on anonymous columnists here.]
Sitting across from me was my best friend of over 7 years. This is the same girl would sing bad renditions of songs from RENT with me in high school during our lunch period. This is the same girl that would throw donuts at people out the window of my car to cheer me up when I was down. She was also the one who I confided my attraction to women to during my freshman year at Duke.

I came out to her not by the name for which she knew me, but as Xavier. She noticed the name change on Facebook, but she didn’t know I was coming out as a man and I was beginning the first stages of transitioning.

Her response was what I expected from someone who loves you too much to risk hurting you. She was shaken, but she tried her best not to show it.

Whenever I get into these coming-out predicaments, I always flip the switch that turns me from Xavier into a transgender awareness superhero. So off I began in the middle of a small Baltimore café, giving my best friend a trans 101 lesson. The lesson ended, but her concern wasn’t resolved.

My mind begins to flip through a series of old memories from my childhood. The scolding I got from my mother at age five when I decided I wanted to walk around the house shirtless like my older brother. Or when I couldn't figure out why I was never successful at peeing while standing up. Accompanied by these are more painful memories as well; the utter disgust in my grandfathers eyes when I opted for baggy shorts and NBA jerseys during middle school. The time I got beat up in a girls bathroom and was blamed for it by a school administrator (“Well the way you dress brings more attention to yourself…..”). The time I cried myself to sleep because my science teacher wouldn’t let me sleep in the tent with my best friends, who so happened to be guys, during my 8th grade camping trip. Forced counseling. Puberty. And last but not least, when I decided to attend an all girls high school in a last ditch effort of being “cured” of my desire to be anything other than the gender identity expected of those born to the female sex.

In every transgender individuals’ life, there is a moment where you realize that you are standing at a crossroads; to continue existing in this life as the person that you were told you were since the moment of your birth, or to undergo transformation – to transition- into who you’ve always known you were. There are many people that don’t get the option of picking what road they truly want to take, upon penalty of isolation, discrimination, or in a worse case scenario, death.

So why is it necessary for me to transition?

Because I want a chance to live this life, not merely exist in it. It’s the desire to finally feel that the person – the man – who has always existed inside of me is reflected outwardly as well. To stop fighting the conflict of knowing that who I seem to be on the outside is not who I truly am. To finally have my soul, my brain, and my body in the same place. For me, to finally have the opportunity to look in the mirror and not feel betrayed by the direction my body decided to take at the age of 13.

Are there moments where I have hesitation about my decision? Certainly. There isn’t a day that goes by where my thoughts are bombarded by the possible negative effects of transitioning: How will I explain this to future partners? At what point do I disclose being transgender to people that I just met? What effect will hormone therapy have on me? How on earth am I going to pay for gender reassignment surgery (which is not covered under Duke Student Health, btw)? Will I be denied a job because a potential employer learns that I am transgender?

My friend flicks her straw at my forehead, and we both proceed to laugh as it bounces off. “I know you’ll be fine kiddo - I just want to be able to sleep at night knowing you're doing it for the right reasons”. I go to bed every night, a little more confident and hopeful that finally, I’m working towards being the person I’ve always known I was. Despite my worries, my fears, and my anxieties, I know that I’ve made the right decision. I’ve only had the last 21 years to think about it.
Posted by Xavier at 6:30 PM