The Nexus and Gender Progressive Housing 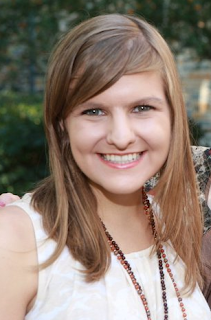 [Ed. Note: Hey y'all. Here's a plug for a SLG that I'm sure a lot of you will be interested in :)]
At the gender summit earlier this year, Jacob Tobia said something that really got me thinking: "If you don't ask for exactly what you want, you'll never get it."

He was referencing gender-neutral housing; the new policy (which allows for gender neutral roommate pairs in the two and three bedroom apartments on Central Campus) was a big step in the right direction, but what does it say about Duke University that, when changes were on the table, it stopped there? Only a tiny fraction of the available rooms at Duke are open for anyone who doesn't want a same-sex roommate pair.

Central Campus is fantastic, I love living there (the kitchen has proved to be a fantastic testing ground for complex vegan creations, and it's wonderful to have enough space to have lots of people over, not to mention not having to tote toiletries back and forth to an awkwardly shared bathroom), but until the front page of the Duke website has pictures of Central Campus, I'll have a big problem with the current policy. Central Campus may be in the middle, but West Campus is the symbolic "center" of Duke. It makes me sad that Duke says that if you want to do things a little bit differently, that West Campus just isn't the place for you.

And that's where The Nexus comes in!

The Nexus is a living group that I've cofounded (the premise is a society for intellectual discourse), and a community that I hope will be representative of the potential of Duke to be a place that is more welcome of differences. Working with many of my close friends to found The Nexus has been a huge part of me trying to make a Duke that I could love wholly, that I could love to love.

We'll be on Central Campus next year, and, excitingly, we get to be the first recognized group ever to formally allow for multi-gender roommate pairs at Duke, which I think is a big part of having a living community which is truly recognizes and supports all gender expressions and sexualities. Furthermore, the success of the Nexus could pave the way for rolling out gender neutral policies on more of campus!

Even if you've already determined your living arrangements for next year, we'd love to see you at our recruitment events--they should be a lot of fun!

To check out our calendar of events or to apply to be a resident, go to our website: tinyurl.com/thenexusatduke
-Elena Botella
Posted by Blue Devils United at 10:57 AM