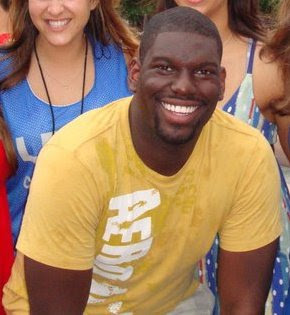 “I’m happy being single. I don’t mind it at all. Besides, I’m a senior. I’m not going to get into a serious relationship only to have it end a few months down the road.”

^That may be biggest load of crap I’ve ever let fall from my mouth. Is single life terrible? Nowhere near as bad as some people make it out to be. I’m not dying to be in relationship and I’m clearly functioning normally without a significant other. But am I truly happy? Not at all. I’ve rationalized to myself that I shouldn’t even entertain the thought of being in a relationship this year because I am a senior.

Here’s the truth behind it: I feel inadequate.

What do I mean by inadequate? Basically, think of any kind of insecurity someone can have. Chances are, I have it or some form of it. I’m very insecure about many aspects of myself. Biggest one: weight. This has been more of an issue for me in the past year or so and gets especially difficult around Halloween (which is why all of this has been on my mind).

For Halloween my freshman year, I was… a Chippendale stripper. Yes, feel free to fire any judgment at me you want. I had the bow tie, cuff links, short shorts, and everything else (nothing else). The only reason I was able to pull it off was because I was in the best shape of my life back then. I ran track for 3 years in high school and stayed active during the summers by volunteering at the local YMCA. My job was to play with the kids in the gym or outside. Staying in shape while eating whatever I wanted was never a problem for me. I could down 4 pieces of fried chicken, 2 whole corns on the cob, a hefty serving of green beans, large portion of fried okra, finish it off with a big slice of cake with ice cream and never gain a pound (I’m from Georgia. This was my regular dinner). Needless to say, that doesn’t work if you become less active like I did once getting to Duke. That, combined with the addition of alcohol into my diet, began to cause a steady weight gain and I haven’t been the same size since. Each year brings a few more pounds until Chippendale stripper becomes Theodore from Alvin and the Chipmunks.

Now, it’s not a far stretch to say that having a little more meat on your bones makes it difficult to find lasting relationships in the gay male community. When every other conversation is about how many calories you just ate or how you’re dying because you haven’t been to the gym in two days, it’s difficult to believe that people actually care about something other than physical appearances. I stand by and smile as though nothing’s wrong, but on the inside, I’m crying. I’m crying because I feel like I’m not good enough simply because of my weight. I feel as though no one will actually pay attention to me until I drop about 30 pounds. I cry because I feel like I’m in the minority of gay males who don’t place such heavy emphasis on the exact specifications necessary in a significant other (Oh yay! Another minority group! That’s just what I needed to feel like a regular member of society (-___-)). To make things even better, I get placed in a body type category which has its own stereotypes. Seems like everything in a gay man’s world is weight-centric and it pisses me off to no end. Don't we already have enough categories within our community already? Why do we feel the need to create more labels and more categories to further separate us? I don't understand why I can't just be a guy, and not a bear cub. That extra label tells you absolutely nothing about who I am as a person besides giving you insight into my weight.

I know this all a load of crap though. I know that I’m actually not overweight, like I’m actually a very average weight. It just really sucks when I look at other people and feel like I shouldn’t eat anything for the next month. It’s so hard to stay true to myself when society keeps telling me that I need to change. It’s even worse when people I’m around become physical manifestations of that force. It’s easy enough to give the big middle finger to an abstract concept, but when that abstract concept is personified in an actual person I’m interacting with, that big middle finger finds itself limp by my side. Part of me thinks that if I want to survive in this gay world, then maybe I need to adapt partially to it while retaining who I am at the core. But that’s not me. I don’t even know if that’s possible. I change for no one… at least, I hope not.
Posted by AJ at 9:00 AM