The Evil We Deplore 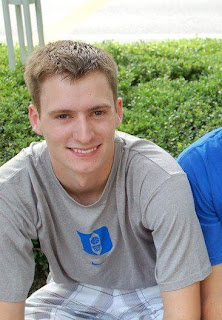 On September 14, 2001, the U.S. House of Representatives took up House Joint Resolution 64, giving President Bush broad authority to pursue those responsible for the attacks of September 11th. The resolution would pass the Senate by a vote of 98-0 and the House by a vote of 420-1.

During debate on the floor, Rep. Barbara Lee (D-CA), the lone dissenting member of Congress, rose to speak. Overcome with emotion, she managed to eloquently state her fear of the US rushing to judgment and urged the use of restraint. She concluded her speech with the line, “As we act, let us not become the evil that we deplore.”

I feel that rushing to judgment is a large problem within the LGBT community, especially at Duke. Don’t get me wrong, I love the LGBT community here. I was skeptical of pride, but ended up going and having a fantastic time. For me, events like pride and coming out day strip away social pressures and enable me to experience new and freer dimensions of my personality. Sure, I don’t share identical hobbies and interests with every student that identifies as LGBT. God knows how hard it is to convince someone to sign up for an IM soccer team let alone drag them to a Duke football game.

Yet too often I find myself using my own hobbies and interests to try to carve out my own sphere of privilege within the LGBT community, to drive a stake between others and myself. Even more so, I find myself typecasting other groups on campus in an effort to reaffirm my identity - to place on a pedestal the communities I choose to belong to. Stereotypes often carry some degree of truth, but by no means are they universal within groups of people. Believe it or not, not all athletes and Christians are homophobes and not all frat kids are womanizing monsters. Yet living at Duke, it becomes difficult to move past the shallowness of these labels. It becomes hard to differentiate between and relate to groups you aren't in daily contact with. Often, the stereotype is all that lingers as a result.

My capacity for empathizing has fallen victim to father time and my personal Duke experience. Hindsight bias really is a nasty little bugger. Today, it seems ridiculous that I didn’t like heights, sushi, alcohol, or the color orange. I have a tendency to take every game in Cameron Indoor Stadium for granted. This morning, I pulled up a political science paper I wrote freshman year and realized I’ve retained nearly zero of that information.

Quite frankly, the further I move into the future, the harder time I have placing myself in the shoes of my 18-year-old self, the more difficult it becomes to take off and clean the glasses Duke has placed upon me. I’ve been blessed with a rather laissez-faire, free spirited personality and perspective on life. Being out has enabled me to move past the taxing, introspective state of being closeted. But too often I use that as an excuse to turn the other way. The pressure to fit in with your peers, existing definitions of masculinity, the fear of being solely defined by your sexuality, and the simple fear of the unknown are issues that wreak havoc on Duke students every day. These are salient issues that are shared by all members of the LGBT community.

Students who are comfortably out are a privileged group at Duke. We should not forget that. For a community that preaches tolerance, acceptance, and unity, too often we preoccupy ourselves highlighting our differences rather than cherishing what we have in common. As I strive to become a better learner, friend, athlete, worker, and person, I need to stop diminishing the currency in which I trade. I need to prevent myself from becoming the very stereotyping and polarizing evil I deplore.