Nice guys showing up on the gaydar 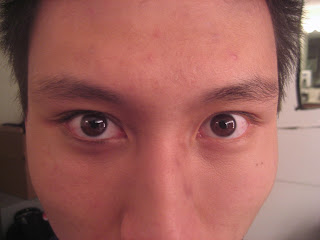 My friend T is a “nice guy.” And I mean that without any of the not-as-good connotations it might have (see Develle Dish’s controversial post, “Dear Duke Guys…”). T fancied a girl Ample Cushion (mind you, this is a reference to the amount of space you have in a car to travel if an accident occurs, which is why small cars can be so dangerous).

T took AC to dinner and baked her biscuits. But she said she didn’t want a relationship, so she friendzoned him by telling him that she didn’t want a relationship at this time even before he asked her to be his girlfriend. This sent T into a questioning fit, that search for explanations through questions that don’t really have answers. I liken this to a microcosm of the grief cycle, in which we blame ourselves more than we need to. It can very much be applied to college apps, I might add. “Am I not doing the right things?” “Why don’t they like me?”

T asked all the archetypical questions, culminating in this one: “Is it because I seem gay?”

The rest of this blog post will attempt to address this question as I did when we were talking about this. What makes T seem “gay”? He’s a hugger, wears purple a lot, and has many female friends. In other words, he vaguely fits the stereotype for a gay person – lukewarm flaming, perhaps? I obviously let him off the hook for asking such a charged question in his emotional down-time, but this is an example of a rather irrational fear of being perceived as gay (or another sexual orientation that precludes a relationship). For one thing, this shouldn’t even be an issue given open communication. Moreover, this is analogous to thinking a Duke student hates Duke because they’re wearing an Alabama shirt (okay, they probably do). But I think we should ask ourselves, “What is it that should actually set off my gaydar?”

I would argue gay and queer cultures exist as something distinct and somewhat nested in sexual orientations themselves. Gay pride and the culture that has since developed among the LGBT community is something that originated through the common resistance to the divisions and prejudices of mainstream society. I am not against the LGBT community’s existence, but I believe that as a result of mass media underrepresentation and a need for more progress to social equality, we have internalized stereotypes of queer culture to the point that we are still making too many assumptions about what is gay or not.
Posted by Julian Xie at 8:00 AM