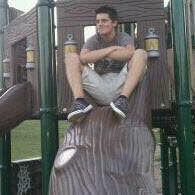 [Author’s note: I haven't really had any queer life experiences recently, so I'm just going to ramble a bit. Sorry. Post a comment if you'd like me to elaborate or just want to talk about something.]
So, since I'm a little short on LGBT related experiences to draw upon, I guess I'll talk a little bit about what my identity means to me. I identify as bisexual, as many of may know. That said, I've never actually had a sexual experience with a man. I think I might have had a romantic one once, but that was confusing and I was repressed so
I don't really count it. The reason I identify as bisexual though is pretty simple logic. I know for damn sure that I'm not straight. Straight boys just aren’t attracted to other boys.

The thing I find almost amusing is how integral the LGBT center and LGBT people have become in my life. I never thought of my sexual orientation as a big part of me, because I’m just not a very sexual person in general. So the idea that I would end up writing for a queer blog and working in the center would have sounded silly. My sexual orientation wouldn’t ever become that important to me, or so I thought. The thing that I failed to consider is that this is probably the only group that I belong to that is systemically oppressed. I mean, I am white and masculine enough to benefit from those two privilege systems. My family is middle class and I went to a pretty decent high school. I’m pretty lucky when it comes to privilege. So my bisexuality is the only thing that is considered inferior from a societal standpoint. But I could ramble about choosing how to identify myself all day, and I’ve got other thoughts to air.

Coming out as a bisexual (who is dating a woman) was a really strange (and tiring) experience. Inside my mind I always knew that I had the option to not come out, and nobody would be the wiser. I mean, people weren’t looking for me to be queer. I had a girlfriend. As we all know, having a different sexed partner is the number one indicator of straightness. Better yet, my relationship was the perfect excuse not to come out, because it wasn’t a ruse. I had (and do have) genuine feelings for this girl, and so I could pass perfectly easily. What’s worse, I wondered if she would break up with me if I came out. What it came down to, for me, was that if people would reject me for that, I didn’t want them around me anyway. No matter what the short term pain might be, it would be better than me having this secret constantly eating at me.

Then came the actual coming out. First person I came out to was my girlfriend, and in response she came out to me. Then we cuddled up on the couch and watched Fawlty Towers. So that went much better than expected. With that massive success I decided I would tell all sorts of people, my friends, my parents, my sister, anybody if it was relevant to a conversation. That…slowed down quickly. I got exhausted with having to explain it didn’t mean I was breaking up with my girlfriend, and no this doesn’t mean I’m secretly much hornier than I’ve previously shown, and yes I can be monogamous, … you get the idea. Hearing the same old questions got really frustrating, and made me realize how little people know about bisexuals. (Or queer people in general, I imagine, though I can only speak from my personal experience.)

So at the close of this ramble I’d like to remind you that if you’d like me to elaborate on some of the things in this 1:00 AM ramble, just ask me below in the comment thread. Or maybe you just want to use something here as the start for a larger conversation. Or maybe you saw something problematic here. I’d love to hear any of your thoughts. I’m a sucker for conversation. Anyway, that’s it from me. See you next month!