The Other Side Of Me 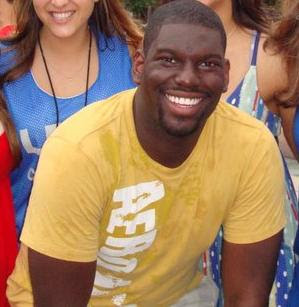 "AJ, you really shouldn't do that. That's not really you. You're just playing that role."- Me to myself several times a day.

I struggle with the more feminine aspects of my personality. It's been a struggle for me for as long as I can remember. I identify as a man and embrace my masculinity. It's one of the aspects about me, that is me. I am masculine (What that actually means is a subject for an in-depth discussion so I can't really answer that right now, so just bear with me).

But I've been learning more about myself. I'm also feminine. I have feminine qualities that kind of play a balancing act with my masculine qualities, both parts always trying to reach equilibrium. This didn't bother me for a while because the masculine side always managed to keep the scale tipped in its favor. However, lately, I've found that the feminine side seems to be a little bit more in control. And it kind of scares me.
It scares me that it scares me. My fear or apprehension over this slightly more feminine personality only highlights that I'm not as comfortable with my sexuality as I like to believe. It means that I'm still dealing with my own internal homophobia. I can't shake the fact that while I am openly gay, my more masculine image makes me different than other gay males. It makes me "not THAT kind of gay." And you know what? I've always enjoyed that.

I've always found comfort in being able to identify as gay but somehow keep some distance between the image I have of myself and those who are more flamboyant. It's a fine line to walk. I see absolutely nothing wrong with those men who are more flamboyantly gay. They're more courageous than I could ever be. It's enough of a task just for me to be able to openly admit that I'm gay despite being able to "pass" as straight. It somehow made me feel better that I could walk in a mass of people and not be immediately singled out as the gay one.

I keep hearing my mom's voice in my head anytime we passed someone that was flamboyantly gay: "God bless them. They're sick, twisted people bound for hell if they don't repent." I always knew that gay was bad but somehow, flamboyantly gay became worse. I've always thought that being flamboyant was just not a part of me and tried to squash any signs of it. That's not who I am. That's not what I do.

I was wrong. Maybe it is part of me and there's nothing wrong with that. I should express myself however I feel fit. I'm trying to come to terms with both sides of myself, trying to reconcile the reality of who I am with the image of who I think I am. It's not easy, but I'm trying.
Posted by AJ at 8:00 AM