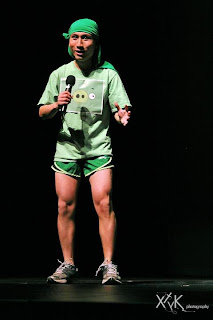 “If things don’t work out with you and L, will you marry me?” W said.

W asked me to marry him if we end up separating from our respective girlfriends. He seemed pretty serious about it, actually. I asked him if he was attracted to me, and he said no. That it was my companionship he valued above all else, and even with his girlfriend. Nonetheless, W identifies himself as straight.

Interestingly, W acknowledged the multi-spectrum interpretation of sexual orientation and sexuality, that orientation can be deconstructed into separate emotional and physical parts. I won’t try to contest or argue what I reacted to as a slightly inconsistent identification as straight given at least one indicator pointing towards bi- or homosexuality. So I’ll only go so far as to use his proposal as a jumping point to think about where I am as a bisexual.

As of now, I think I see males and females equally as companions, but I still find myself checking out somewhat more females than males in a sexual context. Despite this though, I’m equally willing to marry a person of any gender (I honestly haven’t had enough experience with those outside of the male and female boxes to try to claim to be pansexual or otherwise – though in principle, I should be one). Given these parameters, I identify most with the description of a bisexual, and I don’t see this changing any time soon.

The next goal for me is to come out to my parents and to my roommate, if he hasn’t figured it out already, since a number of laziness-related excuses have prevented these things to happen. However, I think more than ever before, I’ve felt more legitimate about my bisexuality and the way I see others sexually and romantically.

In any case, W and I registered to vote in North Carolina – we’ve agreed that we’re going to spread Santorum!