That Awkward Moment When... 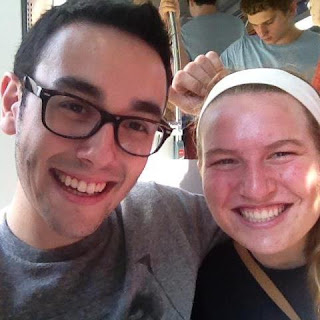 On a campus famed for "hookup culture," it's no surprise that flirting breaches the classroom. The phenomenon is multicultural. I found myself in a sandwich of a Korean conversation five minutes prior to the start of my neuroscience discussion, as my male classmate in front of me and his female friend behind me exchanged loud, flirtatious banter.

Suddenly, I became a part of the picture when my male classmate awkwardly included me in the conversation: "Daniel, do you think she's nice?". I proceeded to respond very affirmatively and mentioned that I had seen her at the bus stop earlier, remembering that she had been a nice girl in my discussion section. She thanked me and also remembered having seen me at the bus stop just a few minutes prior. Subsequently, her male friend, suddenly jealous of the attention we gave one another challenged me, "Daniel, is that how you land girls? By following them onto buses?". His jealous remark slapped me in the face as heterosexism.

I quickly apologized to the girl for having caused awkwardness by complimenting her, but an apology on my behalf was unnecessary. I turned my attention to the boy, and two words sent him into a priceless state of confusion: "I'm gay". He looked puzzled, so I repeated, "Gay; I'm gay". Still speechless, his attention was drawn by a classmate who spelled it out for him, "G-A-Y; homosexual". As soon as he understood, he apologized for having assumed me straight. Fortunately, class began shortly afterwards, further awkwardness averted.

Culture has primed teenagers and college-aged students to presume intersexual flattery as flirtation. Clearly, I had no intention of "landing" my classmate. I consistently compliment my female friends on appearance, but none of them question my sexual intentions. It's shameful that female friends can acceptably compliment one another's fashion, appearance, or personality, yet a gay male's words raise eyebrows. Next time you overhear a compliment, appreciate the kindness of the speaker rather than assuming a conformation to promiscuity.

Daniel
Posted by Blue Devils United at 11:57 AM