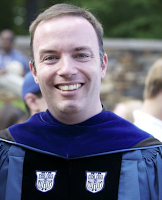 Such a simple word with, as is true for most words in English, several different meanings.  It can be a noun, it can be a verb; it can be a major point of contention, as it is now.

Specifically, what space should the Center for LGBT Life have?  With the imminent closure of the whole of the West Union to make way for renovations that will seemingly convert all the space into dining, all the current occupants are finding new homes.  As a part of that process, Student Affairs asked the center directors to create consulting groups to gather information from constituents and report back on the current and future needs of those centers.  I felt honored to have been selected as a member of the consulting group for the Center for LGBT Life, and thus began work along with several other dedicated faculty, staff, students, and alumni to put together a report.  This report contained the best information we could find about the history of the Center as well as the history of the LGBTQ community on campus; about the evolving and expanding needs of the center; and about what an Ideal Future would look like.

What I personally discovered during this process is just how much growth there has been in the activities of the Center and just how much larger the community it serves has become.  I, speaking for myself and not in any way speaking for my colleagues on the committee or anywhere else, attribute a great deal of this to three factors - awesome student leadership, awesome center leadership, and increasing institutional support.  Without those three factors, I do not see there being as vibrant and outspoken a community as there is.  But even with those three factors there is more to be done even in view of the many supporting and empowering programs run through the Center now.  Which brings us to the current situation - what shall be done with the Center for LGBT Life?

When we received news from Dr. Long this summer that the Center would be finding a new home in the Bryan Center, there was quite a bit of cautious optimism.  The BC certainly represents prime real estate, and the information we gathered from various constituencies indicated that the time had come to move the Center out of the basement and into the light -- with the proviso being that there must still be pathways to the Center that allow for privacy for those most vulnerable members of the Community who want - who need - the services of the Center without feeling able to walk through a gloriously public front door.  I had imagined a space that represented a real step forward for the Center - a space that showed that Duke understood the growth of the LGBTQ Community as well as the many benefits a vibrant Center for LGBT Life offers the entire Duke Community, both from a programming and an educational perspective.  A space that showed that our report was placed in welcoming hands and came before open eyes.

And I believe reality nearly matched my imagination.

I'll allow the full stop that just formed in some people's minds to subside for a bit.  "But aren't you the one that was interviewed in the Chronicle talking about how strange it is that there are non-student-centric offices taking up prime area in the BC?"  Absolutely - that's me.  And yes, I apparently said "center" far too many times during that interview.

"Didn't you pretty much get shot down by the Office of the Vice President for Student Affairs when you asked for specific information about the current and future plans for the Center for LGBT Life?"  Yep - this summer I did ask for that information, and was then informed by members of the Office of the Vice President that my service to the Consulting Group had concluded and that any future conversations about the specifics of the space would be between the Vice President, the Assistant Vice President, the Center Director, and the Architect, and that there was insufficient bandwidth for further input from anyone outside that group.  The latter part of that statement is obviously my interpretation - only an ECE would use "bandwidth" in a sentence like that.

"So...this imagination of yours...what's wrong (or merely nearly wrong) with it?"  That is for you, the reader, to decide.  Because I think we're close.  But I also get the sense that we're still miles apart.

In looking at the plans published on this blog and in The Chronicle, I believe Dr. Long has tried to work a bit of a miracle in terms of balancing the needs she knows the Center fulfills now as well as what the future may hold.  The Center has so many distinct components that work in parallel - programming space, the library, the computer and study room, the administrative offices, the space for BDU and student groups, the spaces to meet with center staff in confidence - and the current plan represents as near an optimal solution as can be had given what seems to be one pretty big constraint - the wall drawn between the Center side and the rest of the former UCAE space.

But it must be said that it shows clear institutional support for the Center for LGBT Life and for the communities it serves that the Center would be relocated to the Bryan Center and not relegated to some far-off building or windowless basement.  The Bryan Center is a hub of activity for students as well as visitors to Duke, and this placement and the space it encompasses would simply not happen if the administration in general - and the Office of the Vice President for Student Affairs in particular - were not supportive of the Center for LGBT Life and its missions. Whenever people come to the book store, or to a show in Griffith or Reynolds or Schaefer theaters, or to eat at Au Bon Pain or McDonald's or The 'Dillo, they will pass by a physical example of Duke's commitment to the LGBTQ community.

My opinion, then, is that there are three components not included in the plan - components which presumably cannot be included given the current total area without significantly compromising other critical facets of the Center.  These are: space for an Assistant Director for the Center for LGBT Life, gender neutral restroom facilities, and expanded reservable program space (which could be multi-purposed for other organizations in exactly the same way the Center's space is used now).  For the latter, I know there was a Chronicle Editorial proposing that the center simply rent space for some events, but I think they forgot that the Von Canons are going away, too, and with them the ability to reserve large spaces near the Center.  What rentable space then were they thinking of?  And did they keep the notions of confidentiality and privacy in mind with that suggestion?  I'm not sure.

So what is the space between reality and my imagination?  Probably about 500 square feet.

Or one million miles, depending on who you ask.

I wish I had an answer.  Actually - scratch that - I think I do have an answer, because now that I have seen the plans there's a pretty straightforward way to carve out the needed space and move some non-student-centric offices elsewhere.  As I said (badly) in The Chronicle, it's not that those offices aren't important - they absolutely are - it's that their work does not necessarily need to be done on the first floor of the Bryan University Center.  What I wish for instead is that there were better channels of communication among members of the University community - administrators, students, staff, and alumni - and that conversations could take place in an open atmosphere of mutual respect and trust.

There has to be space for that somewhere.
Posted by Michael Gustafson at 7:30 AM