How the Other Half Lives 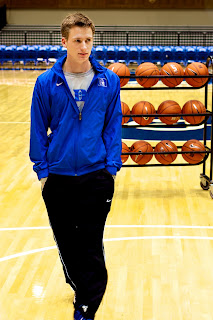 *Author’s note – Sorry, this needs to be reworked into a few posts that will touch upon a couple different issues.  For now, here is what I have so far.

“How the other half lives,” I thought to myself as I drove out of state to an away fraternity formal as someone’s date this past spring.  I’ve more or less shunned Greek life on campus throughout my time here, but when a mutual friend triangulated an invitation to an away fraternity formal, I decided I’d tag along.  After all, it’s not too often a non-Greek male gets to experience the inner workings of the brotherhood without having to pledge or be deemed worthy in any way whatsoever.

I actually ended up having an amazing time and my date was great about everything.  Outdoors and pool by day, dinner and dance by night.  And at the end of the day, people ended up being a lot more receptive to me being there than I had expected going into the adventure.  The positive treatment I received can be attributed to any number of reasons, but three stick out in my mind:

1)   People really liked and respected my date and were willing to temporarily suspend their perceived stereotypes of gays and view us as an exception rather than as a norm.

2)   People were homophobic but unwilling to vocalize to the group how uncomfortable they were, at least in front of us.

3)   People were completely supportive and genuinely enjoyed having us there.

While I hope everyone at that formal was comfortable with two males carving up the dance floor to Jessie’s Girl, I know thoughts #1 and #2 were prevalent as well.   I’ve found this indicative of my Duke experience.

Homophobia doesn’t build as much social capital as it used to.  Just watch 21 Jump Street.  I’m proud that I can live in a day and age where Dukies have to at least pretend to be allies and tolerant human beings in order to be respected, at least during daylight hours.  But when the sun goes down and the drinks come out, all of a sudden you hear offensive words, see crude gestures, and feel like you are in a completely different world.  It’s #1 and #2 coming out.

I’m not sure if people realize to what degree #1 and #2 still exist on this campus.  It’s not a bad thing that kids don’t feel like they need the LGBT center for protection and refuge anymore.  It’s great that LGBT students assimilate into many groups around campus and that people are able to be out and place their sexual orientation relatively low on their identifier list.

When I first came out, I was all about distancing myself from the LGBT community.  I’m not like that, I don’t go to pride, I’m not flamboyant, I like sports, I like appearing straight.  And you know what?  I could pass.  It’s easier and less stressful.  I was all about being that exception, the kid that was gay but not really gay.  And I hoped that if enough people would come along and like sports and act masculine and discard Lady Gaga and unicorns and rainbows and v-necks, stereotypes would vanish and LGBT would finally be accepted.

Then I grew up and realized how messed up that view was... To Be Continued
Posted by John M. at 1:52 AM