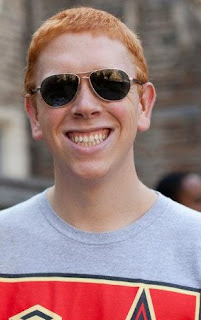 This isn’t particularly a big issue, except it can cause certain awkward situations. For example, last year I met a girl at a party on campus and ended up fancying her. I thought that we hit it off pretty well, so I asked to see her again. We got dinner together at Sushi Love where we had a pleasant chat all night, and we began to see each other more and more. One late night we ended up studying together, just the two of us, and the topic of conversation shifted to very personal issues. She told me some story about a guy she once dated and when I first began talking about an ex-girlfriend she suddenly got quiet and averted her look from me. I asked what was wrong and had to pry an answer out of her. “Well,” she started, “when we first met I wasn’t sure whether you were flirting with me or if you were gay. And since then I’ve just been assuming that you’re gay.”

The precise reasons for these assumptions remain elusive to me. Maybe it’s because pink is one of my favorite colors, or because I’ve been known to sport pins both from the Women’s Center and the LGBT Center on my backpack, or because I’m a “big friendly giant” (in the words of my friend C) who enjoys hugs and other forms of physical contact with friends. Whatever the reasons are, similar occurrences have been happening to me over the past few years, both with my friends and my family.

I have to admit that my knee jerk reaction to these situations was once to feel ashamed, as if I were betraying my identity. So the response was to “tone it down.” Think twice about wearing that pink shirt. Don’t tell your male friend that you love him. In one case I even refused a rainbow flag being offered by a bisexual friend of mine, and probably ended up hurting his feelings.

Perhaps this is a common reaction among straight men. Despite the growing inclusion of LGBT members in our culture, there is still some irrational stigma of emasculation and weakness that is especially associated with homosexual men. Then perhaps it is not surprising (though still not excusable, either) when a straight man becomes insulted when accused of being gay.

It seems that we as a culture have grown comfortable with the notion that gay people should act in a certain way. One does not have to look very far to see this. Consider, for example, how gays are portrayed in film and television. Programs such as Modern Family and Glee feature stock homosexual characters whose demeanors and attributes reflect what we expect to see in gay people. Even when such programs have good intentions they just reinforce the prejudices that we share. This is simply one of the numerous ways in which these standards are engraved into our brains.

The result of this culture is for both straight and gay men to act within the standard social guidelines that have been outlined for them. When one is seen behaving outside of these lines, they are treated as a foreigner. The reaction to such people can be confusion or even hostility. So then this causes a feedback loop of individuals hiding their true selves and adhering to the social standards set out for their sexuality. The end result is a mountain of false pride that stands between the people we are and the people we want others to see us as.

As for me, I now don’t feel insulted in any way when I am misinterpreted as being gay. I’ve come to realize that to take offense with this is to submit to ignorance and uphold the myth that homosexuality is a sign of weakness. Besides, I have grown comfortable enough with myself that I don’t mind being seen as something other than a brazenly macho heterosexual man. This Saturday I’ll be at the Pride Parade and I won’t think twice about what others may interpret my sexuality to be. Instead, I’ll just be honored to stand with the LGBT community and in support of their rights.
Posted by Spencer at 8:00 AM