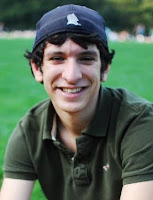 [Ed. Note: Every Tuesday, we highlight an event, figure or tidbit of gay culture. Topics will range from the Stonewall Riots to Bea Arthur. Harvey Milk to the etymology of “fag.” Personally, just about all of these fall under “Everybody Should Know” for us. Bea included.]

On May 5, 2009, the Maine House of Representatives passed “An Act To End Discrimination in Civil Marriage and Affirm Religious Freedom” – a bill that would allow same-sex marriage in the state. The proposal had already been approved by the state Senate, and needed only to be signed by Governor John Baldacci in order to become law.

Baldacci signed the bill the next day, and the law was set to go into effect September 14, 2009.

Barring some sort of crazy intervention, of course.

Paperwork to launch a people's veto campaign was put in by Reverend Bob Emrich on May 7. Leading the opposition to gay rights would be the comically ironic "Stand For Marriage Maine," a Catholic Church-sponsored organization. The group hired the same public relations company that was successful in overturning gay-rights with Proposition 8 in California last November. With over the 55,087 signatures needed (almost double that, actually), Stand For Marriage succeeded in putting the issue to ballot on November 3, 2009 (the original Sept. 14 date was subsequently pushed back).

Ultimately, same-sex marriage was narrowly repealed in the state with a 52.8/47.2% split.
* * * * * * * * * *
No doubt the most angering facet of the Maine debate and subsequent election was the outcome. Proponents of gay rights were left overwhelmingly disappointed and surprised (figure 1) at the results. 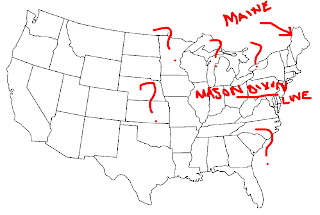 However, perhaps just as mind-blowing were the tactics being used by Stand For Marriage Maine. Their ads would have been embarrassingly inaccurate and misleading if they weren't somehow effective. Most of their campaign revolved around the perception that somehow gay marriage (and voting "No" to Question 1: "Do you want to reject the new law that lets same-sex couples marry and allows individuals and religious groups to refuse to perform these marriages?") would lead to "homosexual marriage being pushed on Maine students." Because that is how sequitur arguments work.

Haha. I'd like to point out that the scare tactics being used here involve the words "Kissing and Hugging" next to "Gay Sex." It turns out that I've been having gay sex with several family members for years.

I would also like to invite everyone to post in the comments section what they think the scripted stage direction to Jen was at (0:22) in the second video.

But eek! That's what what was happening in Massachusetts after gay marriage was allowed four years ago? That sounds scary. I just hope that that NPR soundbite wasn't taken out of context.

(1:58) Tovia Smith: But many teachers say they're less afraid now since the high court decision legalizing gay marriage. Deb Allen teaches eighth-grade sex ed. in Brookline. She keeps a picture of her lesbian partner and their kids on her desk and gay equality signs wall. Allen says she's already been teaching a gay-friendly curriculum for nearly a decade, but she says she does begin this year feeling a bit more emboldened.

Whoops, she was a sex education teacher. Right, forgot to mention that. We would not want to risk the passage of a gay-rights bill emboldening our sex education teachers to teach about sex. Or answer questions about sex. Guhroossssss!!!11 Asked by the state's Education Commissioner to evaluate the legitimacy of this fear, Maine Attorney General Janet Mills had this to say:

"I have scoured Maine laws relating to the education of its children for any references to marriage in the public school curricula," Mills wrote in her opinion. "I have found none."

This should end things, right? That sounds pretty definitive and convincing from an Attorney General. Obviously, the logical thing for Stand For Marriage to do is to apologize for the confusion when they completely made something up. As full-grown mature adults in positions of power, and not a group of petulant fourth graders, they believe in respectable discourse on the issues at hand.

Just kidding:
Ugh. This couple. The Worthlins? More like the Worstlins, am I right? It turns out that they conveniently moved into this Lexington district, fully knowing that there was already a pending lawsuit against the school for their anti-bias curriculum. They filed papers to join this suit a week after moving there.

Paul Ash, Lexington School District superintendent, told the [Bay Area Reporter] that the district had made several attempts to appease the Wirthlins and accommodate their religious convictions, but that he "came to the conclusion that they had no intent on settling. At the attempt to mediate prior to the case it was abundantly clear that the Wirthlins and Parkers had no intention of coming to a compromise, that they wanted a public fight. I only saw political campaigns and religious vigils. I never saw any evidence, not even a hint, that there was any intention on the part of these families to work out an agreement."

To reiterate what I said before, though: as laughable and misleading as these ads are, they were ultimately successful. I hope that if you didn't before, you know now the sort of arguments and people that pro-rights activists are dealing with. Perhaps we should stoop to their level of outrageous, barely tangential statements: our angle will be that gay marriage can save the economy. Oh wait.
Posted by Chris at 9:00 AM