Every Duke Gay Should Know #1: 2007 Addition of "Gender Identity" to Duke's Non-Discrimination Policy 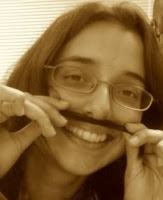 In 2005, Duke University's LGBT Task Force formed a committee to research and advocate for the extension of the university's nondiscrimination policy to transgender individuals. The committee examined policies favored by other states, corporation, and peer institutions, such as Yale, Harvard, Stanford, and Princeton. After ten months of research, it issued a report, recommending that the university protect transgender members of the university community from discrimination based on "gender identity or expression." In February 2007, the board of trustees approved an update to Duke's statement of equal opportunity that included the words "gender identity." It also voted to change the wording of the section covering LGBT individuals to refer to "sexual orientation" rather than "sexual orientation or preference," to reflect the evolution in the ways that sexual orientation is understood.

Sounds great on paper, right? Fast forward to August 30, 2007, when a parent's complaints resulted in the eventual relocation of a transgender student from a West Campus dorm to an off campus apartment.

So I ask myself, how far is our university willing to go to protect a transgender student? Is it really just an advocate until the threat of a lawsuit arises? What does the fact that it took three years for the inclusion of "gender identity" to be voted on by trustees say about our university's willingness to pioneer the way for LGBT student rights? What does our administation's response to the transgender student's housing situation only months after the nondiscrimination policy was officially changed say about the weight of this commitment to equal rights?

Two years later, as we look ahead to the construction of a new dorm wing on West Campus, with no administrative mention of active measures being taken to ensure that the new housing options will accomodate transgender students...how much has really changed?
Posted by Viviana at 9:00 AM