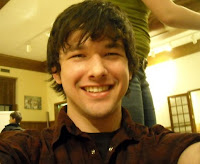 A high school friend of mine is getting kicked out of her house soon. Her mother has told her that as soon as she turns 18 she is no longer welcome there. Ever. Verbatim, this woman told her daughter that she is disgusting, that she wasn’t raised to be like this, that God hates her, and that she would rather see her dead.

All because she likes girls.

You see, her mother found one of her journals where she keeps all her ideas for stories and recounts some thoughts or events she’s had that day. Then follows three angry voice mails, an early pick up from school, a smashed cell phone, and an extremely heated argument. Now my friend’s only hope for reconciling with her mother is to take an online, ex-gay course… and then bury her true feelings until she breaks or her mother passes.

Hearing my friend tell me this, it gave me such a sick feeling in my stomach. I tried to see it from a parental point of view: I have a child, a beautiful baby girl. I raise her for almost 18 years, watching her go through school, seeing her graduate, and remembering things like her first steps, her first words, play dates, story time, soccer games, movie nights, prom... And no matter which way I turn it in my mind, no matter what scenario I fit to it, I simply cannot fathom telling this child, my child, that she is disgusting, that I would rather she were dead.

This isn’t the first time I’ve seen this happen. I’ve known kids who’ve run away from home, or worse, for this reason before. Their parents find a hidden note, or they snoop on their computers at night, or listen in on a phone conversation. Some are tossed out immediately. Others suffer neglect or abuse until they can’t stand it anymore. I’ve sat in a restaurant and heard my step-mother say “One day, an earthquake is gonna send California out to sea, and it will sink, as God’s wrath against the homosexuals.” Because obviously, all gays are in California and all Californians are gay. It’s absurd.

Why is homophobia strong enough to drive some parents to feel this way about their children? Is it because they won’t have grandkids now? Science has become advanced enough that gayness is no longer a deterrent for continuing the bloodline. Is it the social stigma, the ageless prejudice? Maybe. Especially here in the South you find parents who, if not religiously inclined, have been taught that it is morally deplorable for so long it just sticks. Unfortunately, it seems religion is one of the stronger forces driving these feelings. My friend is getting kicked out of her house because her mother believes without a doubt that homosexuality is a sin. That God hates the homosexuals, so the only thing to do is change her daughter, or excommunicate her.

It is my belief, deep down, that even the God so many quote against us would disagree with this woman. The Bible preaches many things but the common motif is always Love. Unfortunately, this is too often overlooked. What happened to “love thy neighbor”? Where is “love the sinner, hate the sin”? Why is another girl, a child, being thrown from her home and her family because of who she loves? Homophobia is something I’ve seen so long it doesn’t really surprise me anymore, but to the point where you will hate your own children, cast them out like so many used napkins… I hope there never comes a time when I understand that.
Posted by Tyler at 2:37 AM