I'm on such a high right now. It's one of my last nights home before I leave to be a counselor and I just got back from the 19th Annual Awards Dinner for Equality Arizona. With everything that's going on these days, espcially around the hot topic of immigration, it's easy to name all sorts of not-so-good things going on in my state. I left the dinner, though, with a lot of hope and enthusiasm [once in the car on the way home, my exact words may or may not have been "I wish I could go back to Duke tomorrow and get started on stuff for BDU"]. Hundreds of people gathered tonight for this dinner, all of whom are well-connected and all of whom actively support efforts towards equality through their money, time and/or energy. I was fortunate to be invited last minute by a good family friend (she's my parents' age; a lady at our table asked us if we were on a date...I'm not making this up) and Equality Arizona made it possible for me to attend free of charge as a "Young Emerging Leader." I joined public officials, business leaders, educators and so many other passionate and hardworking people. Donna Rossi, an out lesbian and senior reporter for CBS News in Phoenix, emceed the event; David Mixner, activist extraordinaire and a contemporary of Harvey Milk, gave an inspiring keynote address.
Last but not least, as the BDU blog (and sports) are always on my mind...I even managed to score (pun intended!) a picture [below] with 2006 Olympic Ice Dancer, Ryan O'Meara. O'Meara shared his story as the evening's prelude speaker. Be on the lookout for a future post featuring O'Meara, who's agreed to let me interview him! 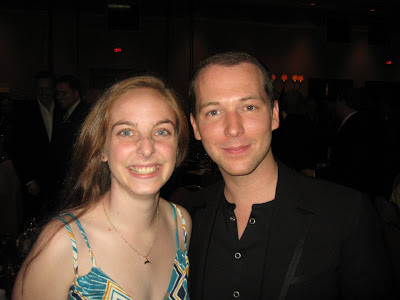 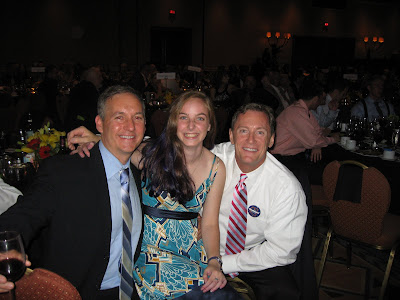 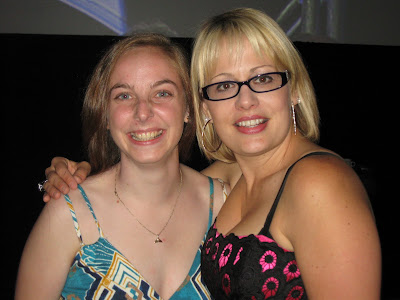 With Kyrsten Sinema, who visited Duke in February. 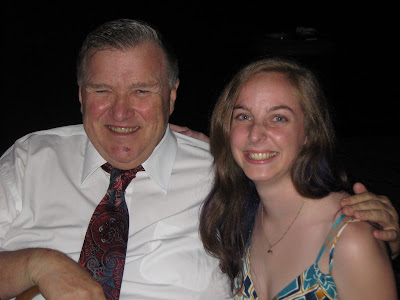 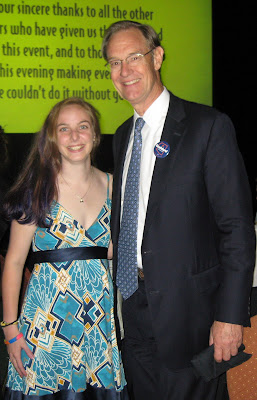 With Arizona's Attorney General and Gubernatorial Candidate, Terry Goddard.
Posted by Risa at 4:00 AM