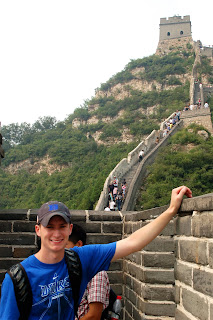 Every summer I work basketball camps with roughly 2k teenage boys. One afternoon it began raining men, cats, and dogs. I was trapped in the IM gym for two hours with 250 rambunctious, hungry, and impatient youth.

I set up camp to guard the exit, but the twelve-year-old inmates were already running the asylum. Over time, kids bored of shooting hoops and circled their own wagons to mingle. The conversation was earth shattering. Topics covered the superiority of different 6th grade AAU teams and the hotness of middle school English teachers. The convo volleyed back and forth, and eventually the inevitable that’s so gay, fairy, and fag comments were kicked around.

Usually I try to pull a Barry and come off as staying above the political fray, but the conversation was rapidly devolving and these closeted Elton fans needed my help. Just as I began to open my mouth, a shy kid in the corner spoke up.

“There’s nothing wrong with being gay.”

Of course Dweedle Fairy and Dweedle Fag retorted with, “Ew, are you gay?”

“No, but I know people who are. Love involves passions, feelings, and emotions that all people can share. Who really cares if it’s a guy or a girl? Just because you may not like something doesn’t mean it’s stupid or wrong.”

And then conversation picked back up about a kid’s new Kobe basketball shoes.

This young lad’s stoic defense of LGBT rights won’t change the world overnight. Numerous kids around that conversation were probably sitting on their hands, uncomfortable with what was being said. But I’m encouraged by the fact that no one challenged his assertion. It t’was genuinely nice to see a status quo of tolerance and acceptance laid out on the table and generally accepted. And this was within a group of teenagers where sticking out your neck is harder than endorsing climate change in a GOP primary.

Talk about feel good story of the summer.

Except for one thing.

Our twelve year old ally is a white kid from affluent Chapel Hill, the kid who repeatedly tossed around fag is from rural Mississippi, and the that’s so gay kid is African American and from inner city Philly.

Tackling homophobia in sport and society is an uphill but winnable fight. Personally, to become better equipped to wage this battle, I need to better understand the intersection of sexuality with age, race, gender, and socioeconomic status.